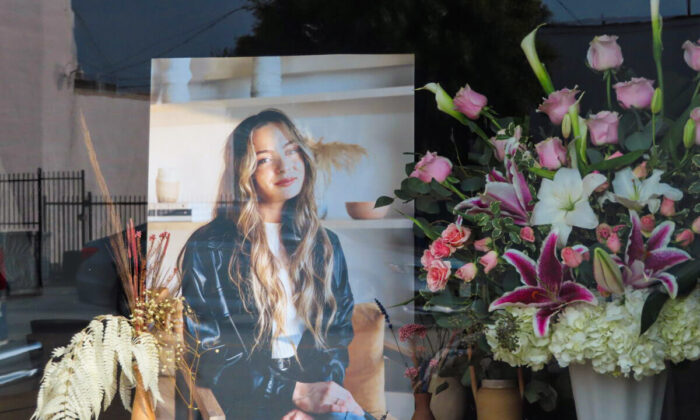 It was the weekend of the allegedly “random” murders of helpless, law-abiding women by violent homeless men with criminal records and histories of mental illness who had somehow been given the freedom to roam city streets.

First came the lethal assault on Sandra Shells, a 70-year-old nurse who had worked at the Los Angeles County–University of Southern California Medical Center for 38 years. As she waited at a bus stop in downtown Los Angeles shortly after 5 a.m. on Jan. 13 for the transportation that would take her to her morning shift, a 48-year-old homeless man, Kerry Bell, allegedly appeared out of nowhere and punched her in the face, causing her to fall and crack her skull against the pavement. She died of her injuries three days later, on Sunday, Jan. 16. According to Los Angeles police, Bell has a lengthy criminal arrest record in several states, including in Los Angeles itself.

Hours later on Jan. 13, Brianna Kupfer, a 24-year-old graduate student at the University of California-Los Angeles, was stabbed to death while working at her sales job at Croft House, an upscale furniture store in the city’s affluent Hancock Park neighborhood. The alleged perpetrator, 31-year-old Shawn Laval Smith, was another homeless man. He has an even longer arrest record, dating back to 2010, for crimes that included alleged trespassing, disorderly conduct, littering, shoplifting, bicycle theft, and discharging a firearm into an occupied vehicle. In most of those incidents, Smith was released on either no bond or a modest bond and then apparently vanished before his trial date. During his most recent arrest, for allegedly vandalizing a stranger’s car in Daly City, California, in January 2021, he allegedly bit one of the arresting officers.

On the morning of Jan. 15 in New York City, Michelle Alyssa Go, a 40-year-old senior manager for the consulting firm Deloitte, was allegedly pushed in front of an oncoming subway train at Times Square by 61-year-old Simon Martial, a Haitian immigrant with no known address. Martial had been released from prison in August 2021 after serving two years for attempted robbery. His arrest record for such crimes as attempted robbery and drug possession stretches back to 1998. He was a familiar figure on New York subway platforms, and his sister told a reporter that he had had decades of problems with mental illness.

The three female victims represented an age spectrum from young (Kupfer) to near-retirement (Shells). They also represented a spectrum of races: Shells was black; Go, Asian; and Kupfer, white. What those women had in common were alleged assailants who had been in and out of the criminal justice system for years and were obviously mentally unbalanced, whether because of drugs or other problems. The three women also lived in notoriously “blue” urban areas cursed with both surging crime and foolishly progressive attitudes, both official and social, that discourage arresting, setting appropriate bail for, prosecuting, and even reporting crimes.

Los Angeles and New York are among numerous Democrat-controlled cities across America that have done almost nothing to clear their streets and parks of homeless encampments where drug markets and crimes large and small flourish, and deranged denizens wander freely as they act out the mental illnesses that made them homeless in the first place. The murder of Shells occurred only a few blocks north of Los Angeles’s Skid Row, where more than 5,000 people live in squalid tents on trash-littered sidewalks. It’s likely that Bell was one of them.

All three crimes were unspeakable, but Kupfer’s death had an additional tragic aspect. Alone in the store in the early afternoon, she actually spotted Smith as he entered. Indeed, he had wandered into at least one other establishment a few minutes before in an apparent search for a suitably vulnerable victim. Kupfer could see very well that the 6-foot-3-inch, 190-pound Smith looked dangerous. Kupfer texted a friend that Smith was giving out a “bad vibe.” What she did not do, however, was call 911.

We don’t know what was going on in Kupfer’s mind. But we do know that, as reported by Fox News, the law school at UCLA, the university where she was taking classes, published on its official website in June 2020 a report exploring “what happens after we defund the police?” (pdf) The authors recommended incarceration and even arrest for fewer crimes, a policy subsequently adopted by district attorneys in both Los Angeles County and Manhattan. The report also recommended that people “self-reflect” before notifying law enforcement about suspicious activity, on the theory that police intervention might “unnecessarily” harm “people of color.” Smith is black, and perhaps Kupfer didn’t want to be tagged a “Barbecue Becky” on Twitter. Her bled-out body was discovered about 15 minutes later by a customer entering the store.

There are all sorts of theories about what to do about the tens of thousands of homeless people, many of them mentally ill and violent, on the streets and in the public-transportation systems of every major city. The current progressive fad is “housing first,” which means leaving them there until governments find the money to build expensive apartment complexes or cute “tiny houses” that will presumably cure them of all their troubles.

But there’s a quicker, more effective way to make public places safe for law-abiding citizens: enforce existing laws designed to maintain public order. There are already plenty of them on the books: prohibitions against littering, drug-dealing, disturbing the peace, defacing and destroying property, camping in public places. Start enforcing fare-evasion laws on public transit. Currently, many cities routinely ignore turnstile-jumpers for fear of looking racist—which means giving free entry on trains, buses, and subway platforms to scofflaws who may not only be annoying but also threats to other people’s lives. Set bail at realistic levels designed to accomplish what putting up bail bonds are supposed to do: ensure that people arrested for committing crimes will show up for their trials instead of skipping out of town to commit more crimes elsewhere.

And it goes without saying that it’s time to end the “defund the police” movement. Eric Adams, New York City’s new mayor, has taken some steps in that direction, promising to beef up law enforcement in the city’s transit system and to put more beat cops onto the streets. No one should have to die because progressive authorities were reluctant to punish the perpetrators for their earlier crimes. And no one should ever, ever feel too embarrassed about what progressives might think to dial 911 when something looks seriously wrong.