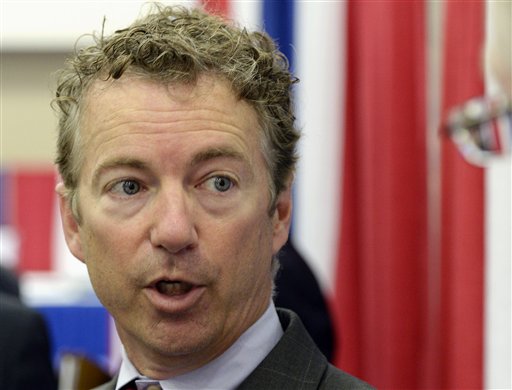 Senators Rand Paul and Mitch McConnell were both caught on a hot mic Wednesday discussing the government shutdown.

“Yeah, I do too and I, and I just came back from that two hour meeting with them and that, and that was basically the same view privately as it was publicly,” McConnell responded. Politico points out that he was likely referring to a meeting at the White House with President Barack Obama, Senate Majority Leader Harry Reid, House Speaker John Boehner, and Minority Leader Nancy Pelosi.

Paul the responds that “I think if we keep saying, ‘We wanted to defund it. We fought for that and that we’re willing to compromise on this’, I think they can’t, we’re gonna, I think… well, I know we don’t want to be here, but we’re gonna win this, I think.”

Paul has publicly stated that he doesn’t want the government to shut down but stresses that the federal government needs to quash its debt problems.