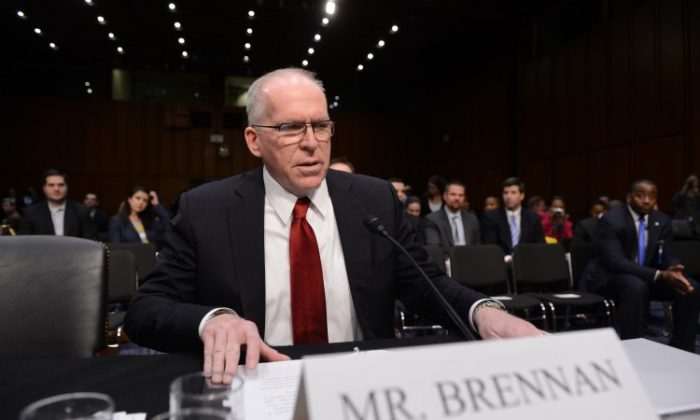 Rand Paul Filibuster: What He Spent 13 Hours Talking About

Rand Paul’s 13-hour filibuster was a direct response to the nomination of John Brennan, but the real issue was the Obama administration’s use of drones.

The comical end to Rand Paul’s filibuster has been a media blitz. Certainly a man who will to talk for 13 hours strait has something to say that he really wants people to hear. But what did he really say? In this case, Paul, (R-Ky) was trying to draw attention to the issue of Unmanned Aerial Vehicles (UAVs) commonly called drones.

Paul’s filibuster was a direct response to the nomination of John Brennan to be the new director of the CIA. Brennan was described as “a chief architect and defender of the [Obama] administration’s drone program,” by the Los Angeles Times.

In recent weeks, much of the debate has centered around the possibility of domestic drone strikes or strikes against American citizens abroad. Many have criticized the Obama administration for using vague language and for failing to specify under exactly what circumstances drone strikes can be used.

The debate about drones has been highly polarized and surprisingly partisan. The two sides go back and forth about the nitty gritty, but may be ignoring the big issue.

Kurt Volker, staunch republican and former NATO ambassador, asked some of these big question in a recent article:

“What do we want to be as a nation? A country with a permanent kill list? A country where people go to the office, launch a few kill shots and get home in time for dinner? A country that instructs workers in high-tech operations centers to kill human beings on the far side of the planet because some government agency determined that those individuals are terrorists?” Volker said, according to the Economist.

The question Volker is getting at is the bi-partisan heart of the debate. Whether here or abroad, American citizen or not, can we just kill people without due process of law? Even more importantly, we may be creating a world we don’t want to live in.

Reporter Jere Van Dyk describes life under the constant presence of aerial drones in Pakistan in a recent report for CBS news.

“One morning, I heard an engine, softer now, larger, smoother sounding, in the sky. It was a Predator. Was it looking for me or for the Taliban? It hovered above us 15-20 hours every day for the next month or so. Almost every day, men in black turbans came and went holding their rifles. No one mentioned the Predator. I kept waiting for a missile to come screaming down and killing us all.”

The Obama administration and the CIA emphasize the importance of drones as a military tactic. Much of America is up in arms, afraid that this technology can and will be used against citizens. The Obama administration has said that this is unlikely. Attorney General Eric Holder has said “The government has no intention to carry out any drone strikes in the United States,” according to the Los Angeles Times.

The essential question Paul spent 13 hours asking, is that if we create a world where others must live under the constant threat of Predator drones, then do we have to live in that world as well? A world that Van Dyk describes so well: life “under that buzzing sound, knowing that above you men, or women are looking down and that you are helpless against them.”