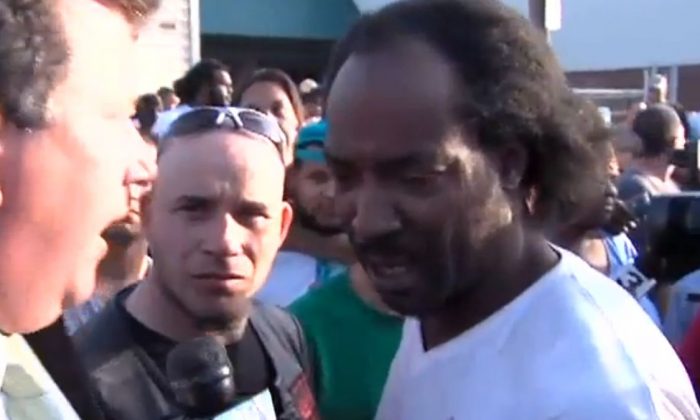 A screenshot shows a video with Charles Ramsey.
US

Charles Ramsey: No Burgers for Life for Me, Help Victims Instead

The man who helped three women escape from a Cleveland home after spending a decade in captivity said that he doesn’t need free burgers for life.

Charles Ramsey said that instead, any aid should be directed toward the victims and their families.

Several weeks ago, local restaurant chains and McDonald’s offered Ramsey free hamburgers because in the video, Ramsey said he was eating a Big Mac.

“I want everyone to know that I have nothing to do with this trash,” Ramsey said in a written statement, according to the Cleveland Plain Dealer. His lawyer, Patricia Walker, also said Ramsey is  also disgusted with the online video game that shows him and accused kidnapper Ariel Castro.

Walker added that Ramsey does not endorse the so-called “Ramsey Burgers” that are being promoted, reported ABC News.

“Ramsey encourages people to do things that will help the victims,” she said.

Scott Kuhn, the owner of the Driftwood Restaurant Group and who said that Ramsey could get free food, released a statement about Ramsey’s intransigence over the deal.

“The Ramsey burger was named to honor an employee at a time he indicated he would be returning to his job at Hodge’s. It was not developed to generate additional revenue for the restaurant — nor has it,” he said. “We are saddened to hear that Chuck did not take this — or the offer of so many Cleveland restaurants to give him free meals — in the spirit we intended.”

But Ramsey said that “I never told these people they could use my name for this,” reported ABC News.