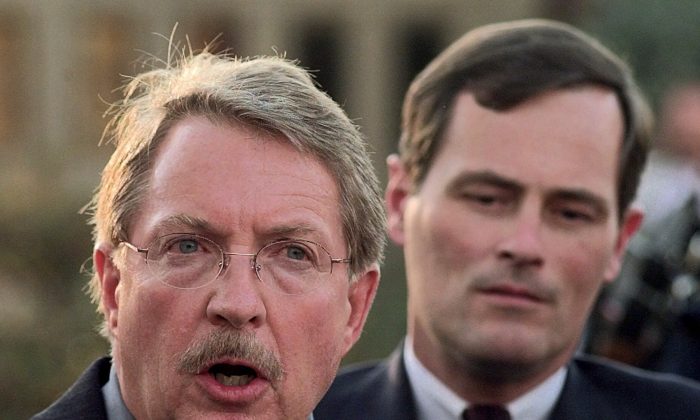 Boulder District Attorney Alex Hunter announces that the Grand Jury investigating the death of JonBenet Ramsey has been dismissed and no charges will be filed against anybody they investigated during a news conference at the Justice Center in Boulder, Colo., Wednesday, Oct. 13, 1999. Looking on at right is special prosecutor Michael Cane who presented the case of JonBenet's death to the grand jury. (AP Photo/Ed Andrieski)
US

In the JonBenet Ramset indictment case, some documents will be made public on Friday, a judge ordered on Wednesday.

The indictment that was voted on in secret by a grand jury in 1999 but never prosecuted has been sought by Boulder Daily Camera reporter Charlie Brennan and a press advocacy group.

Judge J. Robert Lowenbach, a senior court district judge at the Colorado district court in Boulder County, said in his order that “portions of the documents filed under seal” shall be disclosed and open for inspection effective Oct. 25.