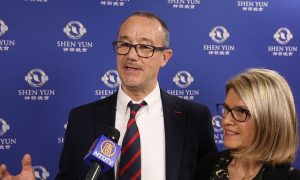 Film Producer: 'Something elevated us as if our spirit was flying away'
0
Share Now
FacebookTweetParlerEmail
Copy Link 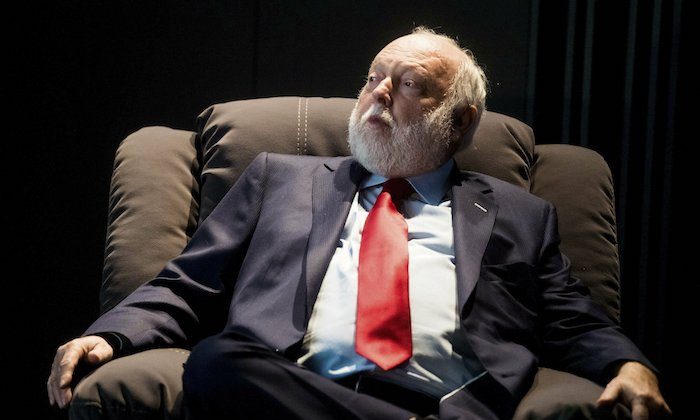 Government commissioner in charge of the development of Hungary's film industry, Andy Vajna, participates in a discussion in the headquarters of the Hungarian National Film Fund in Budapest. On Feb. 7, 2017. (Zoltan Balogh/MTI via AP)
Entertainment News

BUDAPEST, Hungary—Andy Vajna, a Hungarian-American film producer who worked on several “Rambo” movies with Sylvester Stallone, “Total Recall” with Arnold Schwarzenegger and Madonna’s “Evita,” has died. He was 74.

Vajna, who produced many other films, died Sunday at his Budapest home after a long illness, Hungary’s National Film Fund said.

Schwarzenegger remembered Vajna as “a dear friend and a revolutionary force in Hollywood.”

“He proved that you don’t need studios to make huge movies,” Schwarzenegger posted on Twitter. “He had a huge heart, and he was one of the most generous guys around. I’ll miss him.”

Andy Vajna was a dear friend and a revolutionary force in Hollywood. He proved that you don’t need studios to make huge movies like Terminator 2 or Total Recall. He had a huge heart, and he was one of the most generous guys around. I’ll miss him. My thoughts are with his family.

Stallone paid tribute to Vajna on Instagram, calling him “a pioneer” and “the man that made Rambo” happen. Vajna believed in “First Blood,” the first Rambo film, “when no one else did. This truly breaks my heart,” Stallone said.

A very very sad day … Producer ANDY VANYA , the man that Made Rambo happened, died today… LOVED this man’s courage – a pioneer. Believed In making FIRST BLOOD when no one else did.…This truly breaks my heart. Rip

“We are bidding farewell to the greatest Hungarian film producer,” Orban posted on his Facebook page. “Hasta la vista, Andy! Thank you for everything, my friend!”

Since 2011, Vajna had been a commissioner in the Orban government, in charge of developing Hungary’s film industry.

Vajna, who enjoyed a state-granted monopolistic concession on Budapest casinos, was recently listed by the Hungarian edition of Forbes magazine as the 18th richest Hungarian, with a net worth estimated at nearly $240 million. He also owned Radio 1, a radio station popular across the country.

The producer was born Andras Gyorgy Vajna in Budapest on Aug. 1, 1944, and escaped Hungary’s communist regime in 1956 with help from the International Red Cross. After some time in Canada, he was reunited with his family in Los Angeles.

After studying at UCLA, Vajna operated cinemas in Hong Kong, where he also established a successful wig-making company.

In the mid-1970s, Vajna set up Carolco, a film production firm, with Mario Kassar. Besides the Rambo series, the two men were also behind films like “Victory” — starring Stallone, Michael Caine and Pele; “Red Heat” and “Total Recall,” starring Schwarzenegger; and “Angel Heart” and “Johnny Handsome” with Mickey Rourke.

After leaving Carolco in 1989, Vajna’s films included “Terminator 3: Rise of the Machines,” ”Die Hard with a Vengeance,” ”The Scarlet Letter,” ”Nixon” and “I Spy.”

He also produced several successful Hungarian films and was co-owner of Korda Studios, in the village of Etyek, near Budapest, where “The Martian,” ”Inferno” and “Hellboy II: The Golden Army” were filmed.

Late last year, Vajna was among a handful of businesspeople close to Orban who donated most of their media holdings to a nonprofit foundation overseen by an Orban ally, a move which put over 470 publications under even closer political control.

Vajna is survived by his wife, Timea.