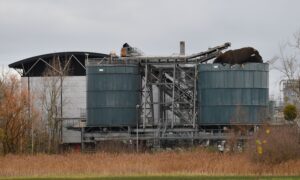 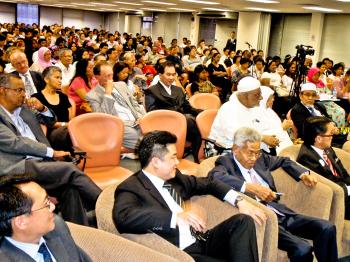 MyConstitution's campaign launch drew an engaged crowd as Malaysian politicians and lawyers rolled out the initiative to promote awareness of the law of the land. (Ma Shuxian/The Epoch Times)
World

By William Teh
Print

KUALA LUMPUR—Malaysian citizens are about to get a democratic booster through a program by the Malaysian Bar Council that aims to raise awareness about the country’s constitution.

The campaign, with the slogan “for the Rakyat by the Rakyat,” aims to educate Malaysians about the federal constitution in simple language. The word rakyat means citizen in Malay.

The Federal Constitution of Malaysia is the legal foundation of the country, experts said at the press conference launching the campaign. With 16 parts and 230 articles, it sets up the country’s democratic system, limits the powers of government, and sets out the rights of citizens.

“We must know and understand what it is to be Malaysian citizens,” said deputy minister in the prime minister’s department, Datuk Liew Vui Keongin, at the opening speech of the launch. “Without the active knowledge and participation of citizens, our constitution is an empty, meaningless and lifeless document,” he said.

The rights of citizens include being able to vote in elections, practice their faith or religion, and express opinions.

“The Bar Council has indeed chosen an opportune time to hold the MyConstitution campaign and launch the first Rakyat Guide,” Liew said.

The first in the series of the nine Rakyat Guide booklets is “What is the Federal Constitution?”

The president of the Malaysian Bar, Mr. Ragunath Kesavan, explained that the point was “to promote constitutional awareness amongst the citizens and to encourage the development of a true constitutional democracy.”

The committee driving the campaign consists of lawyers, academics, students, members of the media, and NGOs, he said.

“The erosion of fundamental constitutional doctrines such as the rule of law and separation of powers has resulted in an unaccountable, centralization of power without a meaningful system of check and balance,” Ragunath said.

The Malaysian constitution has added over 500 amendments, most of which haven’t benefited the people, according to Edmund Bon, chairperson of the Constitutional Law Committee, which is driving the campaign. Moreover, he said that many of the public institutions created by the constitution have come under severe attack for being biased, incompetent, and corrupt.

“This should change, but it can only change if people articulate and demand for change. To ask for change, the people, in the first place, need to know what is in the constitution,” Bon said.

They aim to produce at least 54 million copies of the nine Rakyat Guides in the next two years, reaching out to 6 million household nationwide.

The campaign has also gone creative with teaser videos aimed to reach their target audience, 15-40-year-olds. Fans can also get MyConstitution news updates through Twitter and Facebook. Three days before the campaign was launched, MyConstitution already had 2,000 fans on Facebook.