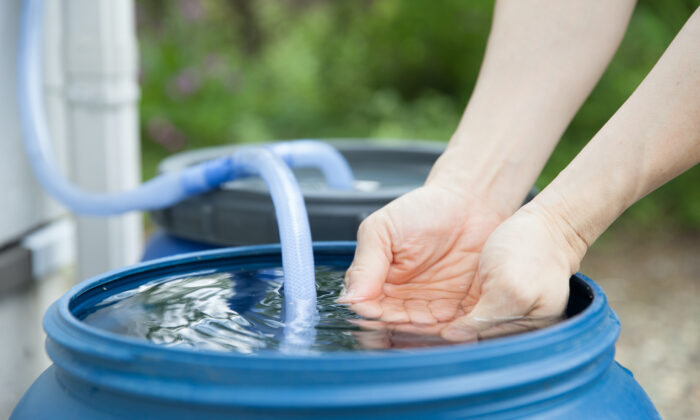 Rainwater Everywhere May Be Unsafe to Drink Due to Harmful ‘Forever Chemicals’: Study

Rainwater is no longer safe to drink anywhere in the world due to the number of harmful chemicals it contains, according to a new study.

The study was conducted by researchers at Stockholm University and ETH Zurich University and published last week in the journal “Environmental Science and Technology.”

It found that per- and poly-fluoroalkyl substances (PFAS), also known as “forever chemicals” in rainwater have reached unsafe levels and are “now ubiquitously above guideline levels.”

PFAS are a group of over 4,700 industrial chemicals that are widely used in everyday products such as food packaging, clothing, toiletries, cosmetics, and even cookware.

The man-made hazardous chemicals are spread globally in the atmosphere and can therefore be found in rainwater and snow, even in the most remote locations across the planet.

The major manufacturer of PFAS, 3M, decided to phase out PFAS in the early 2000s, and governments and other industries across the world quickly followed suit.

Researchers have been conducting laboratory and fieldwork on the atmospheric presence and transport of PFAS for the past decade, sampling water supplies. The study compared the levels of four common perfluoroalkyl acids (PFOS, PFOA, PFHxS, and PFNA) in rainwater, soils, and surface waters.

Specifically, they found that levels of PFOA and PFOS in rainwater often greatly exceed the safe levels in drinking water advised by the U.S. Environmental Protection Agency (EPA). Furthermore, researchers found that levels of the chemicals also exceed environmental protection agencies’ standards in different parts of the world, such as Europe, as well as remote parts of the globe like Tibet, and Antarctica, suggesting their population has crossed a “planetary boundary.”

Due to the fact that the value guidelines for PFAS in drinking water, surface waters, and soils have changed so much over the last two decades, the current levels mean rainwater across the globe is unsafe to drink, according to the researchers.

“There has been an astounding decline in guideline values for PFAS in drinking water in the last 20 years. For example, the drinking water guideline value for one well-known substance in the PFAS class, namely the cancer-causing perfluorooctanoic acid (PFOA), has declined by 37.5 million times in the U.S.,” Ian Cousins, a professor at Stockholm University’s Department of Environmental Science, and the lead author of the study said in a news release.

“Based on the latest U.S. guidelines for PFOA in drinking water, rainwater everywhere would be judged unsafe to drink. Although in the industrial world we don’t often drink rainwater, many people around the world expect it to be safe to drink and it supplies many of our drinking water sources.”

The study has been peer-reviewed.

PFAS have been linked to a wide range of health problems, including cancer, learning and behavioral problems in children, infertility and pregnancy complications, increased cholesterol, and immune system problems.

Lawmakers Call For Chemicals To Be Deemed Hazardous

In June, the U.S. Environmental Protection Agency (EPA) issued interim updated drinking water health advisories for PFOA and PFOS, replacing the ones it previously issued in 2016.

The updated advisories indicated that “some negative health effects may occur with concentrations of PFOA or PFOS in water that are near zero. ”

According to a PFAS contamination tracker by the activist group, the Environmental Working Group, over 2,800 sites have been logged across the United States.

“Because of the poor reversibility of environmental exposure to PFAS and their associated effects, it is vitally important that PFAS uses and emissions are rapidly restricted,” researchers wrote.

Co-author of the study Martin Scheringer added that because of the global spread of PFAS, “environmental media everywhere will exceed environmental quality guidelines designed to protect human health and we can do very little to reduce the PFAS contamination.”

“In other words, it makes sense to define a planetary boundary specifically for PFAS and, as we conclude in the paper, this boundary has now been exceeded.”