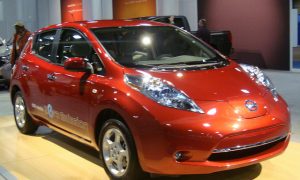 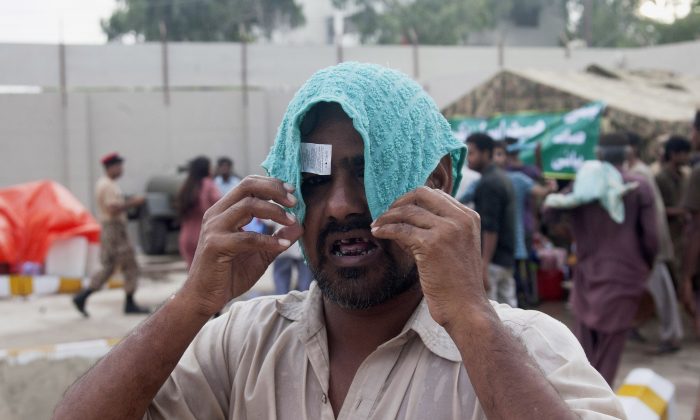 A man covers his head with a wet towel to avoid heatstroke in Karachi, Pakistan, on June 24, 2015. (Shakil Adil/AP Photo)
Middle East

KARACHI, Pakistan — A cool wind from the sea and pre-monsoon rains brought the first signs of respite to southern Pakistan on Wednesday, June 24,  as the death toll from a scorching heat wave climbed to 838—a high figure even for a nation accustomed to sizzling hot summers.

Temperatures in hard-hit Karachi, the country’s largest city and its commercial hub where the overwhelming majority of the deaths were reported, dropped to 34 degrees Celsius (93.2 degrees Fahrenheit), meteorologist Abdur Rasheed said.

The drop likely marked the end of the heat wave that began on Sunday. Hospital officials said admittances were lower than in previous days, when dehydrated patients lay in corridors and outside on the streets.

We’re forced to sleep in the streets
— Muzafar Khan

As dusk fell on Wednesday evening, volunteers on the streets of the port city handed out dates and provided drinks for iftar meals that break the daylight fast during the Muslim holy month of Ramadan.

Karachi has been in the epicenter of the heat wave, dubbed worst in at least a decade, with temperatures reaching 45 degrees Celsius (113 degrees Fahrenheit). Hours-long power outages, little running water and the Ramadan fasting had worsened the situation further.

For Faster Healing Use Heat, Not Ice

Home to some 20 million people and the capital of the southern Sindh Province, Karachi has long suffered under an inefficient power grid and a shortage of potable water. The power outages have also affected the city’s sporadic water supply, forcing those who can afford it rely on tankers of water being delivered to their homes.

Maj. Gen. Asghar Nawaz, chairman of the National Disaster Management Authority, said that in Karachi alone, 800 people died as a result of the heat wave. The authorities were simply not prepared to handle the heat wave—the worst he could remember in Sindh since 1979.

Another 38 people died in various other parts of the province, Nawaz said, warning that the death toll could rise further in the coming days because many of the sick are in critical condition.

The army has set up special heatstroke centers to help local officials deal with the situation, he said. Karachi residents have been speculating the country could see more cyclones and harsh weather in the future because of climate change, he added.

During the heat wave’s worst moments, Karachi residents tried to find running water to cool off at public taps or broken pipes. Some bathed with their clothes on, while others washed their hands, faces and heads. As power outages rolled across the city, women, and children walked down roads looking for shelter after leaving their small, hot homes.

Seemi Jamali, a spokeswoman for Karachi’s main Jinnah Hospital, said most of the heatstroke victims were the elderly, women and children.

“Unfortunately, many victims were already unconscious when they were brought to our hospital in the past three or four days,” she said. “It was difficult to help them.”

Jamali said the hospital staff were still treating dozens of people for heat-related ailments like fever, dehydration and stomach-related illnesses.

City morgues ran out of space and TV footage showed bodies stacked up inside of cold storage rooms as their relatives cried nearby. Karachi resident Rasheed Ahmed blamed the power outage and lack of medical treatment for the death of his relative.

Mechanic Mohammad Shahid Khan said Tuesday, June 23 he had not had electricity at his home and workshop for two days.

“Come and see our homes how our parents and children are suffering due to extreme summer. There is nobody to listen to us. Nobody cares. What should we do? We are very upset with the situation,” he said.

“People never expected this sort of heat could come, so they were not prepared for it,” he said.

Political parties running the southern province of Sindh and the federal government blamed each other for the disaster while they debated the issue in parliament Wednesday.

Some pointed out that there were people in Karachi who could not find cars to carry the coffins of their dead to the cemetery and even if they made it to the cemeteries, gravediggers would overcharge them for their services.

“I literally wept when I heard a poor man didn’t have money to pay a grave digger,” opposition lawmaker Abdul Rashid Godil said.