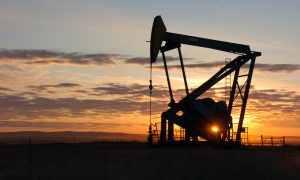 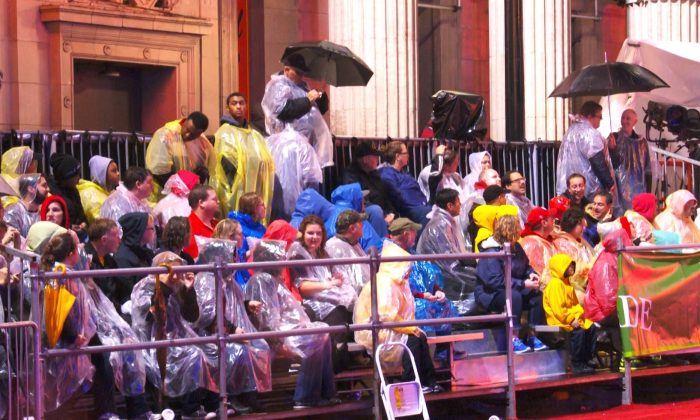 Spectators watch the Hollywood Christmas Parade in Los Angeles on Nov. 30, 2014. A rainstorm drenched the event, causing many parade-goers to seek out ponchos and umbrellas. (Yang Yang/Epoch Times)
US

LOS ANGELES—A light rainstorm came to Southern California on Sunday and Monday morning, bringing an end to a stretch of dry weather that has been part of a longer pattern of drought.

The rain caused a mud and rock to slide onto the Pacific Coast Highway (PCH) in the afternoon, stranding some cars. A nine-mile section of the road between Malibu and Oxnard was still closed for cleanup on Monday, and authorities said it was unclear when it would reopen.

Michael Farrell, the chair of the department of Chemistry and Earth Sciences at LA City College (LACC), said precipitation near the beginning of California’s rainy season is a good sign for the drought-ridden state.

On Tuesday, the foothill and mountain areas of LA County could see up to five inches of rain, and coastal and valley areas are expected to see one to two inches, according to Weather Underground. Scattered showers may continue into Thursday.

Farrell said although a single heavy rain this week still won’t make much of a dent in the prolonged drought, it could reduce the risk of wildfires.

And preventing wildfires could help mitigate the effects of more rain.

The Los Angeles County Fire Department said areas of Southern California that have burned in recent years are at greater risk for mudslides. Trees and other vegetation help keep the ground stable during a rainstorm, and scorched areas may have much less plant life for several years.

The area of the Pacific Coast Highway that saw mudslides on Sunday had been hit by the fast-burning Springs Fire in May 2013, which burned 12% of the Santa Monica Mountains National Recreation Area, which is over 150,000 acres.

The Los Angeles County Fire Department said it would be keeping a close eye on the burned areas of the 1,700-acre Colby Fire, northeast of Los Angeles, from January of this year.

A rain advisory was also issued by the LA County Department of Public Health for all beach areas until 6:00pm Thursday.

Significant rainfall can cause bacteria levels in the ocean to increase, which may cause illness. Beach users were advised to avoid contact with ocean water for at least three days, especially near streams, rivers, and flowing storm drains.