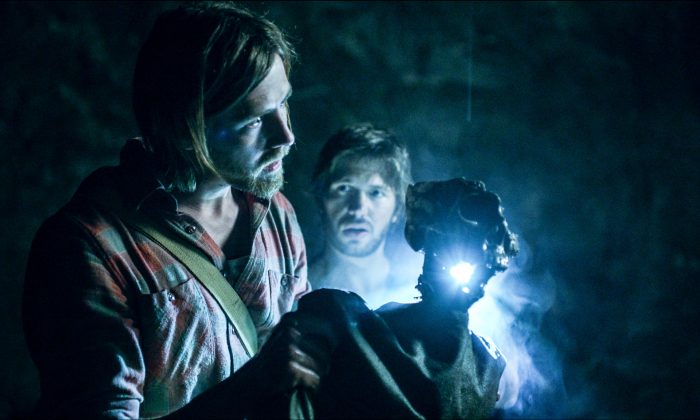 The Oseberg Viking ship was an extraordinary archaeological find. It remains one of the best-preserved vessels, but it has not exactly boosted the reputation of Viking nautical engineering, considering two modern facsimiles have proved unseaworthy.

Nevertheless, an absent-minded archaeologist is convinced that the Oseberg ship ventured all the way up to Norway’s Finnmark region. He also believes they witnessed something that inspired the apocalyptic Norse myths, so naturally he drags his bratty kids along to investigate. They will definitely find something in Mikkel Braenne Sandemose’s “Ragnarok.”

The Viking Ship Museum display of the Oseberg craft is quite dramatic. Unfortunately, the widower-father Sigurd Svendsen has essentially talked himself out of a job there with all his crazy theories. However, when his reckless co-worker Allan discovers a corroborating artifact, Svendsen packs up his petulant daughter Ragnhild and devoted son Brage to spend their summer vacation scouring for more runes in exciting Finnmark.

Naturally, Ragnhild is not too thrilled about these plans, but the spectacular scenery briefly shuts her up. They quickly meet up with Elisabeth, Allan’s “cool chick” colleague, and their hard-drinking guide Leif, who is clearly just itching to yell “Throw me the idol and I’ll throw you the whip.”

They are headed toward Odin’s Eye, an island in the middle of a former Soviet border outpost, where viewers know Queen Asa’s father met with a painful death centuries ago in the prologue. Could there be some truth to the legend of the Midgard serpent Jormungandr? That might explain why there’s a snake on the poster.

Frankly, one of the best things about “Ragnarok” is the setting. The suspiciously deserted Soviet military base is pretty creepy, and the Odin’s Eye isle is worthy of a Peter Jackson Tolkien movie. Unfortunately, the creature effects are completely lacking the awe factor. Worse still is all the Svendsen family drama we have to sit through.

Apparently, Pal Sverre Hagen is Norway’s go-to actor for adventurous academics, following up his portrayal of Thor Heyerdahl in the Oscar nominated “Kon-Tiki” with his turn as Svendsen. He is appealingly earnest as the naïve archaeologist, and he develops some pleasantly flirtatious chemistry with Sofia Helin’s hip and sporty Elisabeth. However, the kids are like fingernails on a blackboard.

Given the success of Marvel’s “Thor” franchise and History Channel’s “Vikings,” it is not surprising that Norse mythology is getting a look-see from more filmmakers.

Sandemose certainly proves that fjords are strikingly cinematic, but he never fully capitalizes on the Ragnarok mythos or the Oseberg backstory. Instead, he concentrates on emulating the most annoying parts of “Jurassic Park.”

There are moments of promise in “Ragnarok,” but it never comes together, at least not for reasonably adult audiences. Nevertheless, it is now available for Norse mythology fans to try on VOD from Magnolia/Magnet.