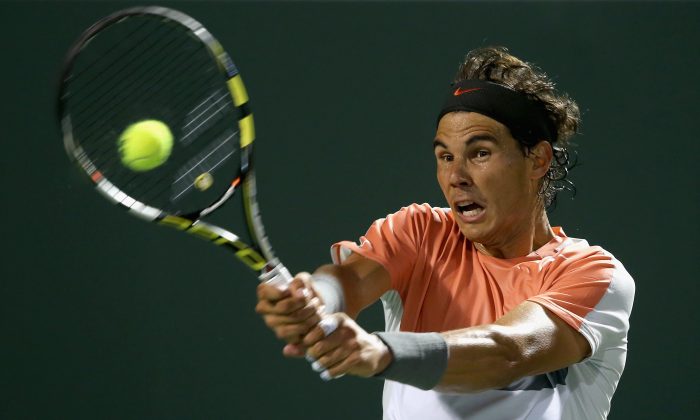 Rafael Nadal of Spain plays a backhand against Milos Raonic of Canada during their quarter final round match during day 11 at the Sony Open at Crandon Park Tennis Cente on March 27, 2014 in Key Biscayne, Florida. (Clive Brunskill/Getty Images)
Sports

They’re playing at the at the Tennis Center at Crandon Park in Miami, Florida.

The game will be broadcast on ESPN while live streaming is available on Watch ESPN.

No. 1 Nadal of Spain took out No. 12 Milos Raonic in the quarterfinals while No. 7 Berdych of the Czech Republic bested No. 22 Alexandr Dolgopolov.

The final match of the tournament will be played on Sunday afternoon at 1 p.m.