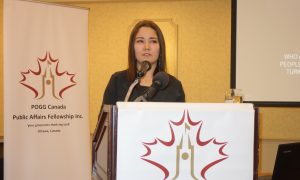 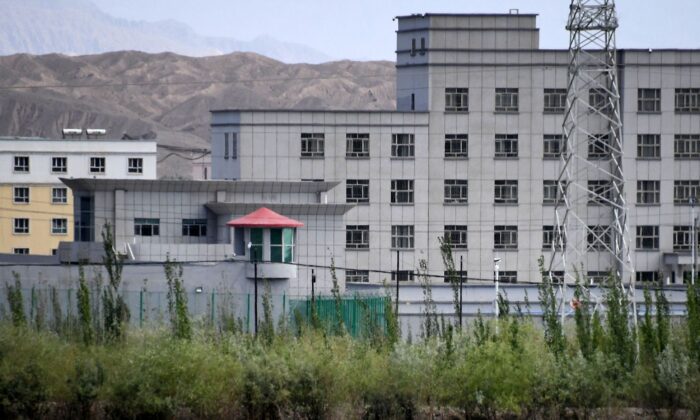 A facility believed to be a so-called re-education camp where mostly Muslim ethnic minorities are detained, north of Kashgar in China's Xinjiang region, on June 2, 2019. (Greg Baker/AFP via Getty Images)
Viewpoints

As Canada’s ambassador to the United Nations, Bob Rae is due much praise for his performance thus far. He has shown the necessary hardheadedness required of anyone in the role, given the current global context and composition of the U.N.

Rae’s willingness to unequivocally call out the repulsive demagogy and obfuscation of the Chinese Communist Party is nothing short of commendable, as are his recent pronouncements regarding the stomach-turning treatment of the Uighur Muslim population in China.

In a recent interview with CBC’s Rosemary Barton, Rae implored the U.N.’s Human Rights Council to investigate whether the Chinese regime’s treatment of the Uighurs could be considered a genocide. Describing some aspects of the CCP’s actions as genocide per the U.N.’s convention, Rae said an investigation must be done to “gather evidence in order to carry out further steps.”

When one reads the gruesome reports of countless Uighur women having been forcefully sterilized, or see video footage of shaved, blindfolded Uighurs being prepared to board a train bound for massive internment camps that is akin to historic photographs of the Holocaust, the case for recognizing it as a genocide does indeed fit with Article II of the U.N.’s convention. Additionally, a parliamentary subcommittee concluded in a report last month that Beijing’s treatment of the Uighurs constitutes a genocide.

Unsurprisingly, Beijing lashed out over Rae’s comments, with foreign ministry spokesman Zhao Lijian describing them as “ridiculous,” saying “it is not the Uighurs who are persecuted, but rather the people of Canada.”

But sadly, Rae’s faith in the efficacy of the U.N. may be misplaced. A quick glance at the HRC is enough to discourage any wishful thinking about what it can achieve on this front.

After all, CCP representatives, along with their fellow stellar human rights advocates in Moscow, have attained seats on the council, subjecting reasonable minds of the world to incredible spectacles of nonsense. Earlier this month, along with their fellow despots in Syria, Iran, and Venezuela, China and Russia were enthusiastic participants in a Universal Periodic Review (URP) of the United States, criticizing Washington’s record on human rights on the grounds of its alleged abuse of migrant children and the killing of black people. With masterful hypocrisy, the Chinese delegate Jiang Duan topped it off by claiming that the United States must cease “interfering for political reasons in other countries’ internal affairs under the pretext of human rights.” One wonders what exactly the URP process in which he was participating does then, if not precisely this.

This kind of carry-on showcases the key flaw in the HRC: its inability to discriminate based on basic standards of behaviour. The council also seats numerous other regimes for whom human rights violations are customary, including Cuba, Saudi Arabia, and Zimbabwe. The increased influence of these countries and the ideologies that animate the U.N. have resulted in witless processes that are biased against Israel and the United States, while these malevolent forces deflect any consequential scrutiny of themselves. As Brett Schaefer of the Heritage Foundation points out, Israel has been the subject of “nearly half” of the council’s condemnations and the United States has received the most URP recommendations of any country.

Meanwhile, the CCP’s influence within the U.N. has blossomed, enabling it to make nonsense of any resolution or condemnation of its behaviour. Apparently too dazzled by the wonders offered by China’s Belt and Road Initiative, U.N. Secretary-General Antonio Guterres has failed to address domestic human rights abuses in his interactions with the Chinese in any major way, nor has he encouraged action on the plight of the Uighurs. Equally problematic is that the Chinese are often allowed to voice their propagandistic hogwash at the HRC without much pushback and can pressure other countries to stay silent.

Beijing is inclined to have zero respect for the authority of the U.N. while at the same time taking advantage of it. Herein lies, again, the prevailing disconnect between how these regimes and Western liberals understand such institutions. Liberals see them as institutions that can still feasibly resemble a world state based on universally respected concepts such as human rights that can phase out the traditional practice of power politics. Regimes such as China, however—which is stridently dedicated to a clearly defined national interest and purpose—simply see them as a vessel through which they can increase and solidify their power. The latter has proven more likely to win out in these international spaces.

When it comes to pursuing justice for the Uighurs, doing so through an institution as unsalvageable as the Human Rights Council will be futile and only lead to disappointment. Canada and her allies should cooperate with each other to seek alternative means to prosecute these crimes and hold Beijing to account.