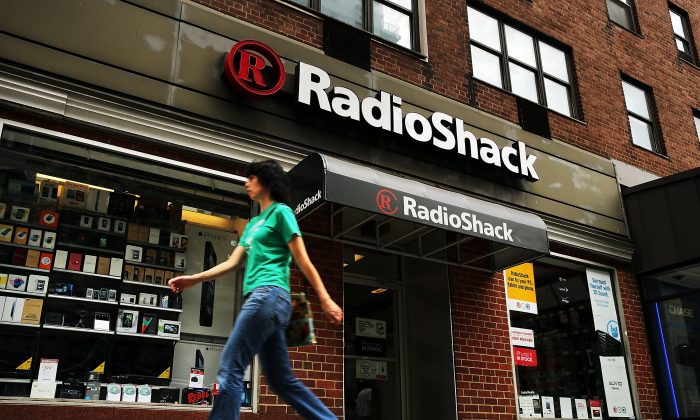 RadioShack’s deal with the winning bidder of its bankruptcy auction, hedge fund Standard General LP, is being challenged by Salus Capital, the retailer’s top creditor who lost the auction. It’s another complication for the already troubled electronics company.

In a hearing in a Delaware bankruptcy court Thursday, second tier lender Salus said the auction was a charade and “fundamentally unfair,” calling for the judge to reopen bidding, according to court filings. The private three-day auction raised money that will pay back RadioShack debt holders.

RadioShack, on its part, is requesting the judge, Brendan Shannon, approve the Standard General bid, considered by its fellow lenders to be the only deal that could save RadioShack.

After valuing the bids, RadioShack had concluded that Standard General’s bid was “the highest and best bid” and was worth about $74 million much more than the Salus bid.

Much of the $160 million will come from canceling loans that RadioShack owes Standard General. Salus is challenging Standard General’s right to credit bid, also known as debt forgiveness.

RadioShack refuted Salus’s argument in its own court filing, stating that the other lenders would be paid back after the transaction between the retailer and Standard General ended.

Salus, bidding together with three liquidators, has said it was willing to pay about $271 million, and only $16.4 million of that in cash. But it is unknown whether the deal would include operating RadioShack stores.

Losing the Standard General bid would be damaging to RadioShack, which has called the Salus bid “flawed for a number of reasons.” The retailer pointed out that the Salus bid promises $129 million from litigation money, making it risky if they don’t win a lawsuit Salus filed last week against other lenders, including Standard General, for improper payments.

RadioShack has almost $1 billion in debt. Its nearly 4,000 stores included some 200 in Mexico and 1,000 overseas in the Middle East and Asia.

The Committee of Unsecured Creditors, a group appointed by the U.S. Trustee to protect the interests of unpaid lenders, also supported Standard General’s bid Thursday, after questioning the deal, stated Jay Indyke, a partner at  law firm Cooley LLP, in an email.

RadioShack has almost $1 billion in debt. Its nearly 4,000 stores included some 200 in Mexico and 1,000 overseas in the Middle East and Asia. Once an electronics giant, its sales declined over the years and the company entered bankruptcy in February.

Video game store GameStop plans to buy up to 163 stores. More than 2,000 underperforming stores are set to close by the end of March. Under the Standard General deal the stores would be operated together with Sprint and carry only Sprint products.

RadioShack declined to comment on the case. Salus stated they were not commenting on the hearing. Standard General did not respond before the publication deadline.

The hearing is set to continue on Friday. Judge Shannon has kept his schedule clear until Monday.