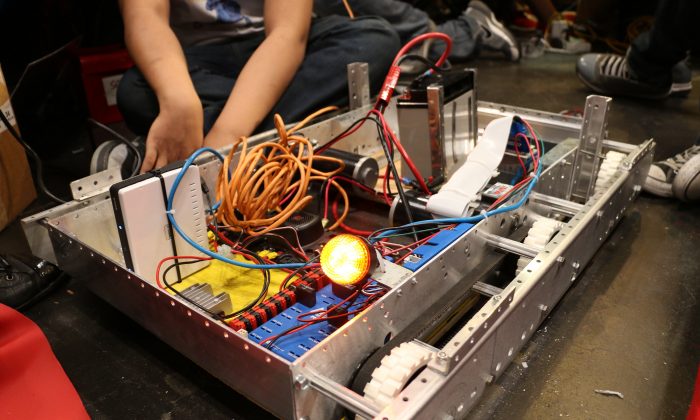 Radio Shack was for the do-it-yourselfer before DIY became an acronym associated with cool people who build and invent things.

Thirty years ago I used to tag along with my dad and older brother on frequent trips to the mall for some odd or end that could complete the radio-controlled plane designs they tinkered with in the basement on weekday evenings. My dad’s planes were super cool. Yet, even to my younger self, Radio Shack never was, despite a clear attempt on its part to lure my attention.

The store was supposed to hold the promise of a fun, cheap electronic toy or a beeping gadget. It was always stocked liberally at the front of the store. But somehow I knew these gimmicks were never going to be something that we bought.

Radio Shack was never cool, but somehow its presence felt comfortable. Thirty years ago cool didn’t matter because by necessity Radio Shack was just the answer to solve so many of life’s technical challenges.

MORE: Radio Shack makes fun of itself in a 2014 Superbowl commercial

Incidentally, the stuff of remote control, and the parts that make up the guts of a new invention have always been at the heart of Radio Shack, except that the company lost its way.

Joshua Brustein writes in Bloomberg Businessweek about how the company may have missed a big opportunity—one that may still be there for the taking—except that it can no longer afford to seize it.

On Feb. 2 the NYSE delisted Radio Shack’s stock, and Bloomberg news reports Amazon is reportedly in talks to purchase some of its 4,000 U.S. retail locations. Sprint, another suitor, has been in talks to possibly co-brand a portion of retail stores, also according to Bloomberg news. Incidentally, Sprint is one of those retail chains that have started offering a diverse line of parts and accessories that do-it-yourselfers may find interesting.

The last decade has seen a huge increase in maker communities, groups of people who invent things, and who have formed an identity around inventing things. The modern proliferation of these cool geeks were ab opportunity for Radio Shack to become their place, the place for supplies to drive their creative passion—perhaps even a place to hang out. Who knows what could have happened had Radio Shack stuck to its roots?

The DIY community has become cool, and it’s flourishing now. The proliferation of drone hobbyists has helped drive that wave, but large shared manufacturing spaces in cities like New York have also been dedicated by local officials and entrepreneurs to drive what is essentially a creative revolution.

In New York City a drone user group has grown to 1,000 members in the last three years. The group meets weekly to fly drones which are often homemade, or at least customized. They are a motley crew, from 3-D printing instructors to creative types like filmmakers. They discuss topics from battery brands to wind speed apps. Just like my dad, with his radio-controlled planes, they are the perfect customer group for the Radio Shack that once was.

At the World Maker Faire in New York, hundreds of inventors of gyrocopters, ArcBotics robots, sensors of different types, and people of different stripes, gather to share ideas and tips.

An Idea for Another Day

But these people do not go to Radio Shack for parts, most likely, because the store doesn’t have what it needs, and its staff are not skilled in the art of tinkering enough to help them. It staff were preoccupied with selling cell phones when that revolution started. Later they were focused on selling warranties and obtaining personal information for aggressive marketing campaigns.

Radio Shack tried to tap into this trend, but likely too little too late. The Raspberry Pi, which sells for just $35 and just this week announced it would run Windows 10, can be purchased at Radio Shack as a starter kit. The box includes an instruction manual and the marketing tag “Make: kits for the maker in all of us.”

Larry Perkins, a restructuring expert who runs Sierra Constellation Partners, quoted in Bloomberg Businessweek, says, “Getting back to being a hobbyist’s playground that operates at a fraction of the scale of the current business can happen only after a bankruptcy.”