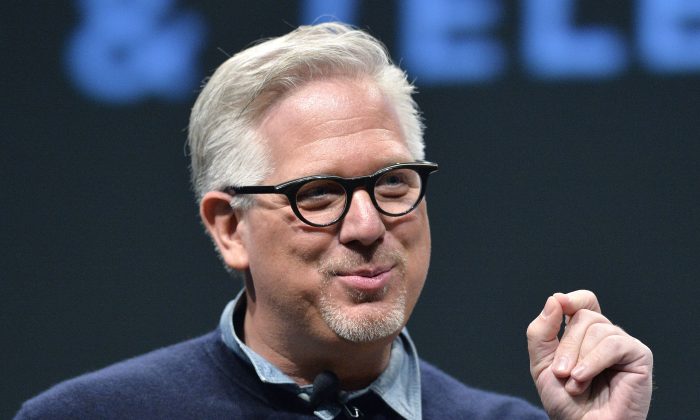 Beck has been critical of Trump for months, but added new fire to the fight between himself and Trump during an interview with Fox’s Megyn Kelly this week.

Kelly noted that there’s some people saying Trump will be the nominee, but if he is then some claim Hillary Clinton would then win 49 out of 50 states “and the Republican Party will face devastation like it’s never seen before, that they will give up — they will give up in state legislators and so on because so motivated will the Democrats be to get to the polls and stop him.”

Beck responded that he’d be among those who wouldn’t go to the polls.

He added: “I said, probably a year and half ago that I thought we were entering the times of the Whig Party. That the Republicans were going to go to the way of the Whigs, who they demolished back in Abraham Lincoln’s time. I think that’s happening. They have not, they got power, they said we just have to have a House and Senate. We got it. Now they say, we have to have the House and the Senate and the White House. Well wait a minute, we heard that before with George W. Bush. They’re not listening. They’re not doing what the people have hired them to do.

“If they put Donald Trump in, try to put him in office, if that’s what the people want, you are going to see an end to the Republican Party. It will just be over, there’ll just be nothing left.”

.@GlennBeck got fired like a dog by #Fox. The Blaze is failing and he wanted to have me on his show. I said no – because he is irrelevant.

Trump took issue with Beck’s comments, posting on Twitter: “The Blaze is failing and he wanted to have me on his show. I said no – because he is irrelevant.”

Beck responded with a video of a puppy.