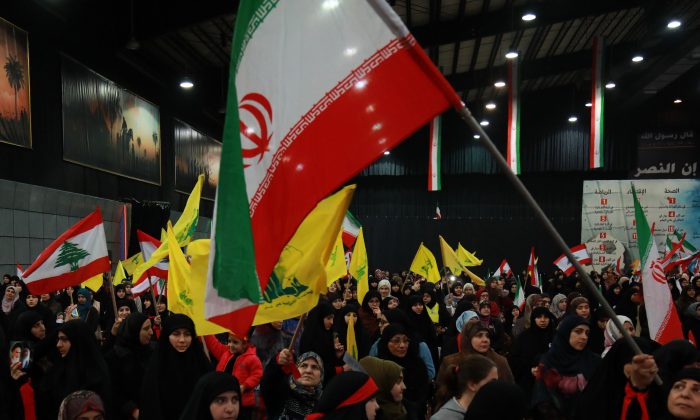 Radical Iran’s 40th Year: The Legacy of the Left

Why the apparent fatal attraction between Democrats and radical Islam?

Democrats seem to have an enduring fancy for despotic, radical Islam. The more radical and anti-American the regime, the more they wish to support it. Of course, the poster child of leftist love for all things radical Islam is Iran.

Not that you’d know it from the mainstream media, but last week marked the 40th anniversary of the Iranian Revolution. This utterly tragic foreign policy blunder turned a crucial Middle Eastern ally and dominant regional power into a nation determined to make war against Israel (the “Little Satan”) and the United States (the “Great Satan”).

That event was brought to the world by none other than former President Jimmy Carter. He decided that it somehow would be better to abandon the Shah of Iran in favor of the radical Islamic Ayatollah Khomeini, who had just returned from exile in France—in short, exchanging a pro-American despotic regime for a virulently anti-American despotic regime that also exports terrorism.

Shortly thereafter, radicalized students took over the U.S. Embassy in Tehran. Fifty-two Americans were held hostage for the remaining 444 days of Carter’s failed presidency. We’ve been living with the consequences of such monumental stupidity ever since.

American power and credibility in the Middle East were severely damaged by Carter’s policy toward Iran that took decades to repair. Even with the U.S.-brokered Camp David Accord between Egypt and Israel, Americans were viewed as weak and vulnerable by the Iranian regime. Iran wouldn’t wait long to act under that perception.

The 1983 bombing in Lebanon that killed 241 U.S. Marines and 58 French citizens was carried out by Hezbollah with direct help from Iran. Critical guidance in the attack came from a man named Hossein Dehghan, a commander in the Iranian Revolutionary Guard Corps and who would later become the Iranian defense minister. Scores of American deaths were the direct result of Carter’s Iran policy.

Unfortunately, since the 1980s, Iran’s radical influence and terror attacks have metastasized well beyond the Middle East to Europe, Latin America, and even in the United States. That’s why, in 1984, the U.S. government designated Iran as a State Sponsor of Terrorism. The radical Islamic dictatorship is responsible for more American deaths than any other terrorist group—barring al-Qaida—and has been waging proxy wars against Israel for decades. It channels hundreds of millions of dollars to Islamic terror groups such as Gaza-based Hamas, Hezbollah, of course, and other lesser-known groups.

Fast forward to 2009. One of former President Barack Obama’s first acts was his refusal to support Iran’s Green Movement that was exploding in major cities. University students were demonstrating against the fraudulent election of Mahmoud Ahmadinejad and the theocratic oppression of the country by the radical mullahs.

But Obama didn’t support those seeking to throw off the dictatorship. Prior to the election, he’d written a letter to the Iranian leadership seeking improved relations.

Does any of this sound tragically familiar?

Morsi ran an Islamic dictatorship in Egypt until Egyptians, despite Obama’s support, threw him out in 2013.

Then, in 2016, over the objections of his own justice department, Obama violated our own sanctions prohibiting currency transactions with Iran by paying $1.7 billion in ransom money to the radical mullahs in Tehran; $400 million of it was in cash on pallets in an unmarked plane.

Why cash? Why in an unmarked plane if everything was on the up and up?

Despite his insistence that he didn’t break the law or pay ransom, the money arrived on the same day the mullahs released four American hostages. This violated the American policy of not paying ransoms to hostage takers to prevent a repeat of the same. Predictably, Iran has taken more Americans hostage since the ransom was paid.

But Obama’s love for the radical Iranian regime didn’t stop there. He also gave the Iranians additional access to $5.7 billion, along with a path to a full nuclear arsenal within a decade.

What has the radical Islamic regime done with the money Obama illegally handed over to them? Funded more terrorist attacks against Israel and the United States.

How did Iran act under Obama’s much-touted nuclear agreement?

They cheated on it almost immediately. But really, it doesn’t matter. Iran is determined to remain a terrorist state, destroy Israel, and become a nuclear power—and not necessarily in that order.

To this very day, it continues to sponsor terrorism, kill Americans and Israelis as well as other peoples around the world, and threaten to make a first strike against Israel and to “wipe Israel off the map.”

When you cut out all the rhetoric, the 40th anniversary of all of this terror, death, and destruction is owned by two American presidents: Carter and Obama. Without their love and support of radical Islam, the Middle East—and the rest of the world, no doubt—would be a much different and better place.

Radical Islam’s escalating war on the rest of the world and the United States and Israel, in particular, is a major legacy of the left.

Curiously, no one asks them one, simple question: “Why?”