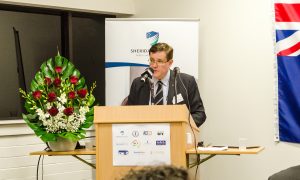 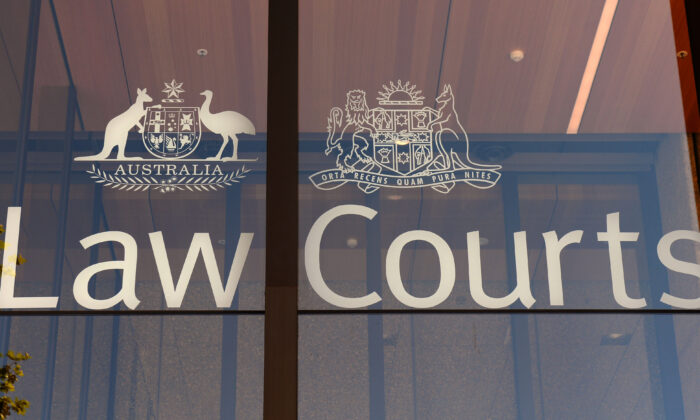 The outside of the Supreme Court of New South Wales building is seen in Sydney on October 9, 2013 (William West/AFP via Getty Images)
Australia

Legal bodies and the federal opposition are vehemently opposing a “radical” move to merge the Family Court of Australia with the Federal Court.

One expert however says the merger is a step in the right direction and will provide “considerable benefits” to families navigating the system.

The Family Court of Australia has been the subject to four parliamentary inquiries over the past two decades seeking to address what former Law Council of Australia President Arthur Moses SC once described as “broken.”

Late last year, the federal government announced a new Bill which would merge both courts into one entity.

Attorney-General Christian Porter said, “The reality is that everyone involved in the family law system has known for years that it needs to be reformed, but no one has been able to agree on the best way forward.”

“Our courts need to function efficiently so that people can move through them as quickly as possible and then get on with rebuilding their lives. This is critically important for children of separating couples,” he said in a statement.

How Would the Merger Work?

The latest proposal is underpinned by studies of the court systems by PwC Australia and Ernst & Young.

The PwC report (pdf) compared the performance of the Family and Federal Court systems (who both preside over family law matters) and found litigants in the Family Court were on average spending $110,000 to have their cases resolved, while Federal Court parties were resolving their cases at a rate of $30,000.

Further, despite the Federal Court having a far higher workload, it was processing cases at a much faster and cost-efficient rate.

Retired Judge Giles Coakes said waiting times in the Family Court were “appalling” with some judges trying to handle over 600 cases on their docket at one time.

“I’m surprised, quite frankly, that there have not been more mental breakdowns with judges because of the workload,” he said in a submission.

Reforms in this area are expected to help process more cases per year and also provide a simple starting point for litigants.

Currently, in the Federal Court cases are allocated directly to a judge. In contrast, Family Court cases are handled by a registrar and must go through a series of dispute resolution mechanisms before a judge is involved.

Case management will also experience a shake-up, which was welcomed by family law solicitor Atticus Busby, who said it was a significant source of delays.

“Hearing dates get allocated or planned a year to 18 months ahead, only to be vacated and delayed for months to years, depending on how many times it happens to the client,” Busby told The Epoch Times.

“What you get is three to four years minimum (for the entire matter), and that is every case that I have run. It’s the fastest I can get it through,” he said.

PwC estimates that full implementation of its recommendations will allow an additional 8,900 matters to be heard per year, a claim supported by the attorney-general.

A ‘Terrible Gamble’ on the Lives of Families and Children

Shadow Attorney-General Mark Dreyfus has criticised the merger saying the government is ignoring the advice of over 110 experts.

“The Morrison government’s radical proposal to effectively abolish the Family Court is a destructive and damaging move which will put Australian families at greater risk in their time of greatest need,” he told AAP.

Current Law Council of Australia President Pauline Wright called the move a “terrible gamble” with the lives of children and families.

“No amendment to the bill can cure what remains a flawed and dangerous proposal without evidentiary foundation,” she said in a joint statement.

“Claims the merger will allow up to 8,000 cases to be resolved each year cannot be substantiated and are based on PwC’s discredited six-week desktop review,” she added.

But the current Chief Justice of the Family Court and Federal Circuit Court Will Alstergen rebuffed the claims saying this was “simply not the case.”

At a recent National STOP Domestic Violence conference in Queensland, he took issue with “careless comments that infer that somehow Federal Circuit Court judges are generalists and that them hearing family law cases is somehow putting children or families at risk”.

“The Federal Court has the largest number of specialist family law judges of any court in Australia,” he said. “It is the Federal Circuit Court that receives 90 percent of all parenting applications filed across the two courts,”

“There is absolutely no need for a specialised court to deal with family court matters,” the former member of the Law Reform Commission of Western Australia told The Epoch Times.

“The proposal of merging the Federal and Family Courts may provide some considerable benefits to families going through separation by making it simpler and easier to navigate,” he said. “In sum, the merger is the right thing to do.”

Zimmermann however conceded that the system was “notoriously broken.”

“The family law system always takes sides with the party who wants the marriage the least …” he said. “The current divorce law creates a number of perverse incentives for behaviour that undermines confidence in the marriage contract … It promotes marital uncertainty, opportunism, and all forms of spousal exploitation.”

Chapter Seven, Part I: The Destruction of the Family (UPDATED)
TOP NEWS