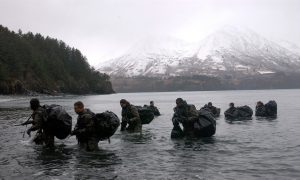 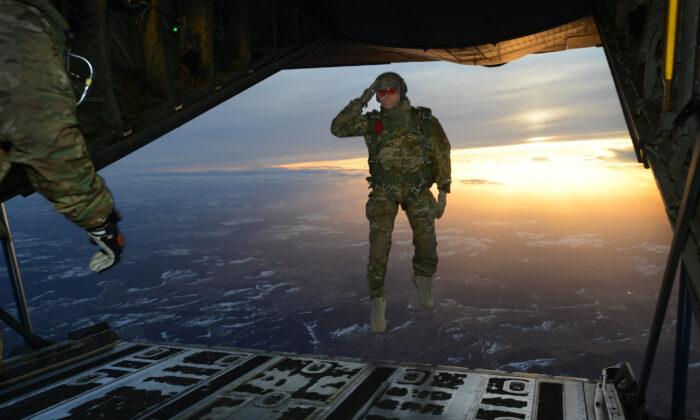 Radical Accountability: How to Be Great

Special Forces Assessment and Selection (SFAS) is the first step for any soldier who hopes to one day earn the right to wear the coveted green beret of a U.S. Army Special Forces soldier. SFAS is designed to assess the “whole man” and determine if someone has what it takes mentally and physically to enter Green Beret training.

However, successful completion of SFAS doesn’t really mean much more than your application has been accepted and you’re welcome to try out for the next year or two (or three).

It’s only after completing the Special Forces Qualification Course that you’ve even begun to be a Green Beret.

Most new Special Forces soldiers feel a well-deserved sense of accomplishment. However, sometimes the fact that you’re one of your nation’s most elite fighters can go to your head in a nonproductive way.

You report for duty at the group to which you’ve been assigned and are ready to get started doing the job you’ve been dreaming of for years. For many new Green Berets, the first words they hear out of their team sergeant’s mouth are “SFAS isn’t over. You’re going to be assessed every single day for the rest of your career.” Because the truth is, there’s no more perfect model of a meritocracy than the Special Forces regiment.

You think you’re special because you’re part of the one-tenth of 1 percent who earned the Special Forces tab? Well, the fact is that every single person you work with has done the same thing as you, just to get their foot in the door. In other words: “Congratulations. Now get to work.”

This is the mindset that develops among groups of elite performers, regardless of their industry. It’s the radical concept of pure meritocracy.

It isn’t a way of thinking that’s applicable or even appropriate across all spectra of life. Inherently, all human beings have an equality in their dignity. However, if we’re talking about situations in which high performance is valued at a premium, there are clear lines that distinguish between not just the capable and incapable, but between the “good” and the absolute best.

The defining characteristic of a meritocracy can be summed up in two words: radical accountability. It’s the extreme simplicity of meaning what you say and, more importantly, doing what you’ve said you were going to do.

To drill down on this a little further, I direct you to the words of Carl Jung: “You are what you do, not what you say you’ll do.” In communities where assessments and performance re-evaluations are an ever-present part of the social ecosystem, consistency of performance becomes the currency in which all trade is conducted.

There’s arguably no example of a more tightly knit group of professionals than a Special Forces team. When a new guy shows up, he’s often given tasks that seem menial and far removed from the “cool guy” stuff he was expecting to do when he first gets to group. One quickly learns that there are no truly menial tasks and there’s no job that’s below anyone. It’s a world in which good team leaders help take out the trash and “rookies” aren’t afraid to speak up when something seems wrong.

When the sun comes up, you have to hit the ground running, ready to prove yourself one more time. It’s not all jumping out of airplanes and kicking in doors. If you can’t be trusted to pull 3 a.m. guard shifts and do it right night after night, how are you supposed to be counted on to have your buddy’s back in a gunfight?

Being able to devote as much energy into doing things right when the tasks are mundane is a clear signal that you’ll be able to perform consistently in much more dramatic situations. These lessons I learned in the military have served me well in the civilian world as well. Your employer hired you to do a job because he or she saw potential in you. It’s your job to show up every day and prove them right.

Respect isn’t something you work for and earn forever like some sort of tenure. It’s showing up, ready to give the task at hand your all, whatever that task may be. When you fall short, be ready to own it and to learn from your mistakes.

Radical accountability is about doing the right thing because it’s the right thing, not because your boss is telling you to do it. When members of a team police their own, the passion for meeting and exceeding the standard becomes a point of pride. That’s what makes all the difference between truly great organizations and also-rans and almost-dids.