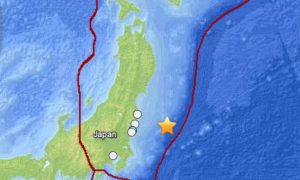 When Russian scientists sent a robot into the Chernobyl Nuclear Power Plant in 2007, the last thing they expected to find was life. Inside the most radioactive areas of the breached core was a group of common fungi collectively referred to as “black mold” growing on the reactor walls.

These molds were growing in one of the most hostile environments on the planet, with radiation levels high enough to give a lethal dose in minutes. But these fungi weren’t just growing, they were thriving.

They all shared one very interesting characteristic—they all contained the skin pigment melanin.

They all shared one very interesting characteristic—they all contained the skin pigment melanin.

Perhaps the most interesting was a common species of black mold, Cryptococcus neoformans. This fungus does not normally contain melanin, but when exposed to radiation levels 500 times higher than background radiation, it would start producing melanin within 20 to 40 minutes.

Cryptococcus and other species grow faster in high radiation environments then their counterparts do at normal amounts of radiation. Casadevall’s work led to the discovery that the fungi use melanin to capture energy given off by ionizing radiation, rather like plants use chlorophyll to capture sunlight.

The radiation levels here on Earth have historically been much higher than they are today. Large amounts of highly melanized fungal spores have been found in early Cretaceous period deposits, a time when a massive global plant and animal die-out occurred.

One suggested cause of this mass extinction is that the Earth’s protective magnetic field became weakened or overwhelmed. This would have allowed excessive cosmic and solar radiation into our atmosphere for most life forms to survive.

Radiation-loving mushrooms, scientifically referred to as “radiotrophic fungi,” have many potential applications. In 1987, at the Chernobyl disaster site, highly contaminated graphite used to cool the reactor was observed being decomposed by a yet unknown species of fungi.

Gomphidius glutinosus is a common woodland mushroom that concentrates radioactive cesium-137 to over 10,000 times background levels. An area that has been contaminated with deadly cesium, like the area surrounding the Fukushima nuclear power plant in Japan, could have spores from this species of fungi spread on it, and then later when the radioactive mushroom caps appeared, they could be collected and properly disposed of.

Using fungi to clean up radioactive or other types of waste is an emerging technique known as mycoremediation, and promises to be far less expensive than other competing methods