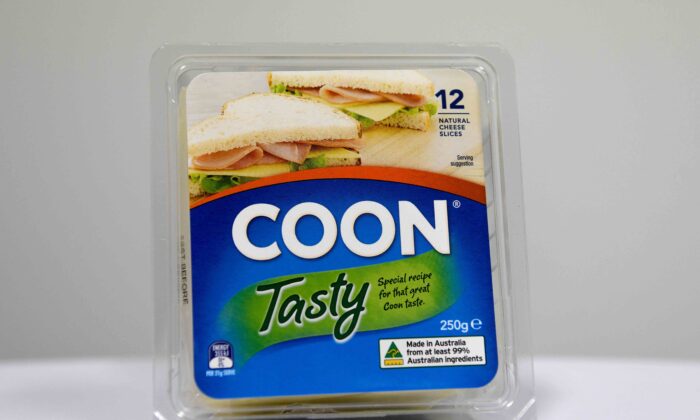 Aboriginal activist Stephen Hagan has revived his dispute with Saputo Dairy Australia to rename Coon cheese three months after they agreed to “retire” the name he deems has racist connotations.

After seeing Nestle rebrand Allen’s Red Skins and Chicos lollies to Red Rippers and Cheekies recently, Hagan was prompted to reignite his campaign against the Australian cheese brand name.

In July, amidst a climate of US-imported Black Lives Matter protests, Hagan was able to convince Canada-based Saputo Inc. to make a change.

In a media release, Saputo said that after thorough consideration they “decided to retire the Coon brand name” and agreed to align their label with the “current attitudes and perspectives,” and have been working towards a new name since.

Peter Kurti from The Centre for Independent Studies said the dangers of conceding to cancel culture pressure is that freedom of speech is stifled as people then fear saying or doing the wrong thing.

“People become uneasy about expressing points of view because they don’t want to be called out, or called racist and I think it strains social cohesion,” Kurti told The Epoch Times.

The Coon cheese brand got its name from founder Edward William Coon who patented the company’s unique cheese process in the 1920s. But for 20 years Hagan has been campaigning to rename it so that “Aboriginal people won’t be offended by the visual ugliness of that word.”

Hagan believes that Australia is “one of the most racist places in the world” and is “very intolerant to people of other ethnicities, (and) other religions.” But his views are not widely accepted as fact.

Kurti said that he disagrees that Australia is still a racist country. The country has changed a lot since the 1930s and today is a “successful, integrated, cohesive multicultural society,” he said.

He added: “I’m not saying there are no racists in Australia.”

But racism is not as endemic as it used to be, Kurti said, adding that he believes that people who are determined to combat racism these days go looking for it in all kinds of places.

“People like Stephen Hagan and his colleagues promoting the idea that Australia is blatantly, inherently, irredeemably racist … tells us something about the country which is untrue.”

A survey carried out by the Scanlon Foundation Research Institute (pdf) found that Australians consistently support multiculturalism as a positive aspect of society, with more than 80 percent of all respondents from 2013 to 2019 believing that multiculturalism is good for the country.

African migrant Jerkuei Anyuon is outspoken about cancel culture and thinks it is dividing the nation, more than uniting it.

“Most young people are waking up, but the cancel culture … has really done a lot of damage to the minds of young people,” Anyoun told The Epoch Times.

Anyuon arrived in Australia from Sudan about five years ago and is the founder of the African Australian Family and Youth Foundation.

He believes that young people need to learn to forgive and take responsibility for their lives.