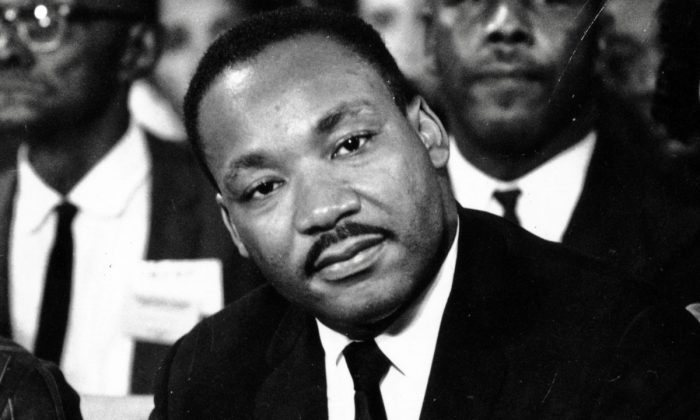 Millions of Americans are clamoring for a “frank conversation about race.”

Racial distinctions, racial tension, and flat-out racism have played large and deeply troubling roles throughout American history. Race has been by far the most prevalent excuse given for the suppression of liberties central to the American identity. No fair study of American history, politics, or science can relegate racism to an afterthought.

As with most difficult topics, it’s important to begin with definitions. If we can’t agree about definitions, we’re not really having a conversation—we’re talking past each other.

Most people, including most of the good people we’ve seen marching in recent days, would respond with something along the lines of “treating people differently because of their race.”

That’s not a bad intuitive response. Racists have always divided humanity into distinct racial categories, categorized people, and assigned them rules and expectations appropriate to their category. Furthermore, racists also tend to attribute the behavior of an individual to everyone else they’ve placed in the same category—and at times advocate punishing an entire category for the behavior of some of its members.

That’s racism. It’s inexcusable and anti-American. It’s hardly coincidental that the uneasy compromises with racism built into the Constitution almost tore the country apart. Differentiation by race is fundamentally incompatible with an Americanism under which all are created equal.

Aspen also explains that “structural racism is not something that a few people or institutions choose to practice. Instead, it has been a feature of the social, economic, and political systems in which we all exist.”

In other words, unlike racism, structural racism is part of the ether. It’s independent of the racist attitudes, utterances, or behavior of any individual, institution, organization, corporation, or government.

This newly identified phenomenon is grounded in a sensible reading of history. History is a series of battles between groups that see themselves as distinct, in which the winner imposes its will on the loser. Thus, every existing social structure arose within a system in which a dominant group forced its rules upon a submissive group. Because the most common excuse for distinction and oppression in American history was racial, those coerced social structures were also racist—hence, structural racism.

The corrective to racism is a color-blind society. Martin Luther King Jr. was the prophet of anti-racism. His dream of a country in which we are each judged as individuals, by the content of our character rather than the color of our skin, remains a dream—although America has made remarkable advances toward making it a reality. Anti-racists reject any laws, preferences, or behaviors making America less than colorblind.

The corrective to structural racism is very different. An announcement that we decided to prohibit racism and march toward a colorblind society in 1964 is good and all, but it leaves intact all of the structures and inequities built during our years as a racist society. The only way to correct structural racism is to preserve those structures of preference while inverting the preferences.

Only within that context is it possible to understand the platform of the Movement for Black Lives, the cries for intersectional social justice, or many of the scenes of the past few weeks.

The tracking of racial categories, the emphasis on redistributive economics, the calls for reparations, the imposition of diversity hiring rules, and the bizarre spectacle of “white people” kneeling before “black people” are explicitly and intentionally racist.

By definition, they divide people into different racial groups and assign different rights, responsibilities, and privileges to each category. At the same time, this elevation of “black people” above “white people” is a clear inversion of historical patterns. It can thus be billed as a step away from the structurally racist status quo.

Therein lies the great racial divide plaguing American society. It’s no longer black against white. On one side are pro-individual anti-racists seeking a colorblind future, largely unconcerned about fixing the inequities of history. On the other are racists seeking the sort of justice achievable only through the equitable redistribution of historic group preferences.

Which goal should America pursue? That’s precisely the frank conversation about race we need to have.

Bruce Abramson
Bruce Abramson, Ph.D., J.D., is a senior fellow and director of the American Center for Education and Knowledge (ACEK). He is the author of five books, most recently “The New Civil War: Exposing Elites, Fighting Utopian Leftism, and Restoring America” (RealClear Publishing, 2021).