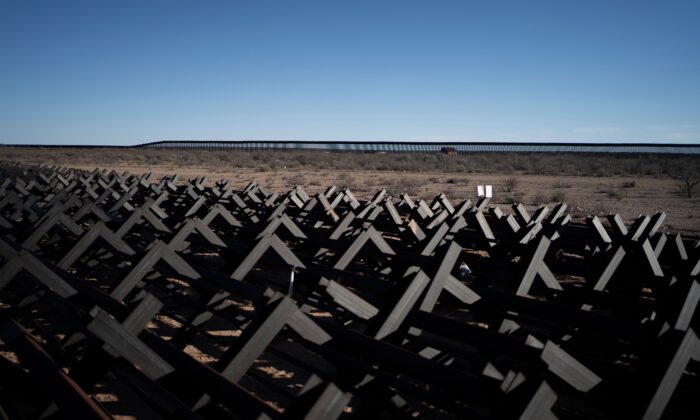 Racism is one of the most difficult social problems to write about. It’s so polarizing that whatever one says, someone is sure to take offense.

I think (hope?) most of us can agree that racism is wrong, period. But can we even agree on exactly what racism means? Probably not, but I’ll try.

At the individual level, I see racism as a combination of prejudging, disrespecting, often despising others—at times, even trying to humiliate, abuse, or hurt people—based on their race. At the societal level, it involves discriminating against and trying to gain or preserve superior status or an advantage for one’s self or own race vis-à-vis individuals or groups of other races.

At the political level, racism is the support of policies designed to exclude, suppress, bully, and/or deny others equal rights and respect for reasons of race.

I believe that racism is learned, not inherited. There was a telling scene in the movie “42” about Jackie Robinson. A white boy was sitting next to his father at a baseball game and observed as his father vehemently hurled the n-word at Robinson. The boy surmised that this was how a man was supposed to act, and soon he was mimicking his father’s abhorrent behavior.

If we can learn wrong behavior, can we not also learn right behavior? Admittedly, though, letting go of racial prejudice isn’t easy for those who have been severely wronged, or have heard repeated stories about those wicked, despicable … (fill in the blank with whatever color applies in your case). While we may understand intellectually that clinging to past grievances weighs one down and interferes with getting on to productive use of one’s time, emotionally and psychologically, that’s very hard for many people to do.

I believe that just as racism is vile, so it’s also vile to label someone a racist who is not. The word “racist” is now often used as the word “fascist”—as a vitriolic, denunciatory epithet lacking a fixed, objective definition. Recklessly labeling someone “a racist” is lazy thinking that poisons and ends dialog.

Now, here’s where the discussion will grow controversial: Is President Donald Trump a racist? Many people have called him that.

Progressives have branded Trump’s policies restricting and regulating immigration as “racist.” I presume they believe that Trump’s motive is to exclude people from entering the United States because of their race. I believe his motives are less sinister.

Second, some advocates of restricted immigration have spoken of preserving American culture, which they feel would be threatened by an open-borders policy. Some on the left say that this is code for “white culture.” That isn’t accurate (and, in fact, has racial tinges of its own).

By “culture” in this context, we’re not referring to things such as taste in food, arts and entertainment, attire, social mores and customs, and so on, but to a society’s fundamental political values, principles, and ethos. The political culture that underlies the American republic isn’t generically “white,” but specifically Anglo-Saxon-Protestant. When people from Latin America are prevented from entering the country, they’re coming from countries formed on the basis of another white political culture—Iberian-Catholic.

(I apologize if referring to a Protestant–Catholic difference troubles you. It isn’t a theological issue, but simply historical—Max Weber’s sociological work showing that Protestantism is more conducive to individualism, while historically, Catholic ecclesiasticism was more conducive to the establishment of hierarchies and oligarchies, as seen in the structure of Latin American societies.)

If Europeans had exported Anglo-Saxon culture to Central and South America and Iberian culture to North America, then North America would be the relatively poor continent today, and the flow of immigration would be southward instead of northward.

The United States has benefited greatly from its Anglo-Saxon heritage, not for racial reasons (i.e., because it is “white”) but for pragmatic reasons (i.e., it works—specifically, it effectively upholds the rights and liberties that enable a society to prosper and advance).

As for so many African-Americans reportedly believing that Trump is a racist in the sense of “anti-black,” I’m not sure his record sustains such a harsh judgment. Yes, he has sparred with minority representatives in Congress (childishly using the “racist” slur in response to their use of the same slur), but in terms of actual policies, where is the racism?

In terms of actual impact on African-American lives, one could make the case that Democratic policies have done considerable damage to their alleged beneficiaries. Democratic policy initiatives razed African-American neighborhoods and business districts in the name of “urban renewal.” Democrats pushed minimum-wage laws that disproportionately drove young minorities into the ranks of the unemployed. Democrats have crippled economic possibilities for young African-Americans by keeping them subject to the inner-city teachers’ unions instead of giving them educational choice. Democratic welfare policies have torn apart families by disincentivizing family formation.

By contrast, President Trump has implemented policies that have increased African-American employment and freed them from total dependence on government. He seeks to provide school choice for young African-Americans.

If he’s a racist, he’s a very strange racist indeed, for in terms of what should matter most to Americans—that is, to actual impact on their lives rather than rhetoric and political posturing—Trump’s policies seem to be doing more to enable African-Americans to achieve the American dream than decades of dependence on Democratic policies.

Remember what Jesus said in Matthew 21:28–31. A father gave directions to two sons. The first said he would do as his father bade him, but didn’t. The second said that he wouldn’t, but then he did. The point? What someone does matters more than what they say. Democrats have done much better than Republicans at “talking the talk” about caring for African-Americans. But in terms of “walking the walk,” the economic outlook for African-Americans is improving under Trump’s policies.

Whether you agree with the points I made or not, I invite you to agree with me that the solution for the blight of racism is to realize our fundamental oneness as members of the human race. The Creator of all “hath made of one blood all nations of men” (Acts 17:26). Inside, we’re all the same. Being dark-skinned or light-skinned matters no more than having blond or black hair.

We all share the same human condition, and the more we learn to work together in peace, the better off we will be.