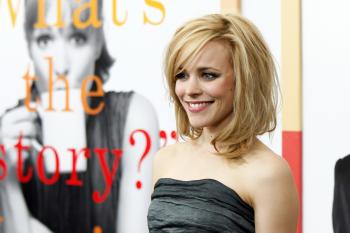 Rachel McAdams, the Canadian actress, is winning accolades for her role in Morning Glory, which opened at fifth place in the North American box-office this weekend.


Morning Glory received mixed reviews from critics. On review aggregator Rotten Tomatoes, the movie got a 6 out of 10 rating, describing the plotline as "inconsistent and derivative" but "lifted by affable performances from its impeccable cast."

McAdams had a breakout role in the 2004 hit Mean Girls. More recently, in 2009, she played Irene Adler in Sherlock Holmes and the part of Clare Abshire in the titular role of The Time Traveler's Wife opposite Eric Bana.

In the 2010 Teen Choice Awards, she received a nomination for the Choice Movie Actress: Sci-Fi award for her role in The Time Traveler's Wife, but lost out to Zoe Saldana for her role in Avatar.