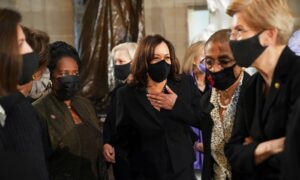 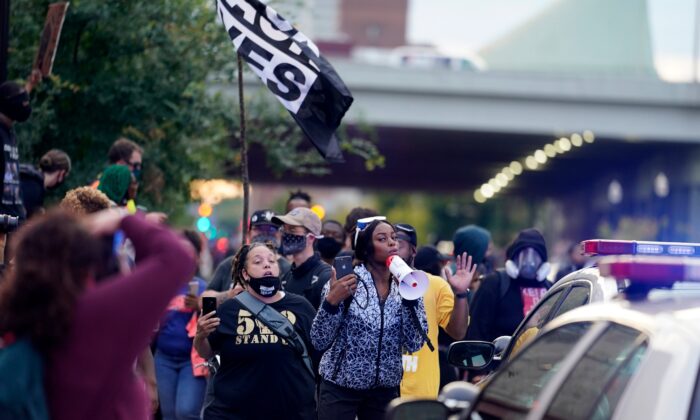 A grassroots conservative activist who helped campaign for President Donald Trump’s election in 2016 said that more and more black and Latino people are gravitating away from the Democratic Party, arguing that the current attempts to focus on identity politics are losing their power.

“I do countless interviews. I do countless speeches everywhere all the time,” Bishop Aubrey Shines, founder and pastor of G2G Ministries in Tampa Bay, Florida, and founder of the Conservative Clergy of Color, told The Epoch Times’ CrossRoads. Elaborating further, he said his events are “a little microcosm of America every single weekend, and I get a chance to hear it. I have those that are PhDs, but I also have those that have been incarcerated for long periods of time.”

But he stipulated that the focus on race “is really not jelling with Americans because they’re looking at bottom-line issues” that are important to them such as economic or education policies.

His comments come in the backdrop of mass protests and riots—as well as the resurgence of the Black Lives Matter movement—that started in the late spring and are continuing in Philadelphia and other cities. In Philadelphia this week, there were mass reports of looting and vandalism following an officer-involved shooting of a black male allegedly armed with a knife, prompting the mobilization of the National Guard and curfews.

Despite that, Shines said he’s noticed a sea change among people of color who have asked, according to him, “Why are we still doing the same thing we’ve been doing for 70 years? We never saw this result.” He was referring to how the black vote in the United States became essentially a political monolith, voting primarily for Democratic candidates in local and nationwide elections since the late 1950s.

Shines, in the interview, argued that voters are more focused on the issues rather than race during this and the previous election.

“We never saw a candidate says hey, why can’t these poor kids have an opportunity to take their kids to schools of their choice? Whether they’re poor, white, black or brown?” he asked. “Why is it that we are forbidding these individuals from doing so … there’s only one party that’s talking about that only one candidate that’s been talking about that,” he added, referring to Trump.

“The race identity issue, not working that well right now for the Democratic Party,” Shines said.