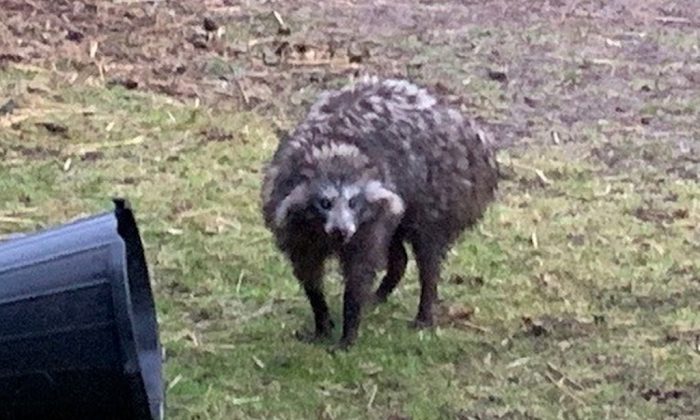 Residents were advised to be vigilant after two raccoon dogs escaped in Clarborough, England, on May 29, 2019. (Nottinghamshire Police)
UK

A pair of raccoon dogs that were on the loose in a village in England have been recaptured, according to police.

Nottinghamshire Police said in a statement on June 1 that male and female raccoon dogs that went missing on May 28 after digging their way out of their enclosure were located and recaptured.

The unusual animals terrorized the residents in Clarborough and police were called in to handle the situation, reported SWNS. Police subsequently issued a warning, calling on residents to “be vigilant.”

The animals reportedly attacked the livestock in the area, according to SWNS.

The raccoon dogs were spotted and captured late May 31, according to the police release.

“There had since been a number of sightings, and late last night, they were located and recaptured in the local area. The owners have since secured their enclosure, to which they will be returned. Officers would like to thank members of the public who called in with information,” the statement said.

After the raccoon dogs escaped, villagers recounted their experience with the animals.

Mandy Marsh said she was woken by a “blood-curdling scream” earlier this week before her husband, Dale, spotted the animal confronting the couple’s goat and pony, reported Fox News.

“He came back and he said to me, ‘You are going to have to come and see this, there is something in the field attacking the pony and I have absolutely no idea what it is,’” Fox quoted Marsh as saying.

“This raccoon was absolutely crazy. It was hissing and screaming and snarling,” Marsh said. “It was going absolutely mad.”

The couple said they grabbed pieces of wood and chased the angry raccoon dog away, adding that it took about two hours. Their goat was scratched by the animal.

Raccoon dogs are not actually raccoons and are distantly related to dogs. They are native to parts of Asia including countries like northern China, North Vietnam, Korea, and Japan. They are also known as the tanuki, mangut, or neoguri in other parts of the world.

They can weigh between 8 and 13 pounds and reach between 19 and 26 inches in length. They eat rodents, lizards, birds, frogs, fruit, and sea creatures.

Sweden classifies the animals as an invasive species. In 2009, the government called on elk hunters to shoot on sight any they might see, UPI previously reported.

The animals are known carriers of rabies and tapeworm. Meanwhile, they threaten certain species of birds.

The village under siege by RACCOON DOGS https://t.co/zvqDE6svB3

According to the UK’s Royal Society for the Prevention of Cruelty to Animals, raccoon dogs are wild animals and not usually found in domesticated environments. This is because raccoon dogs need a lot of space and are also extremely smelly, as they communicate with one another using their scent.

The animal charity says they advise against people from buying or keeping raccoon dogs as a pet.