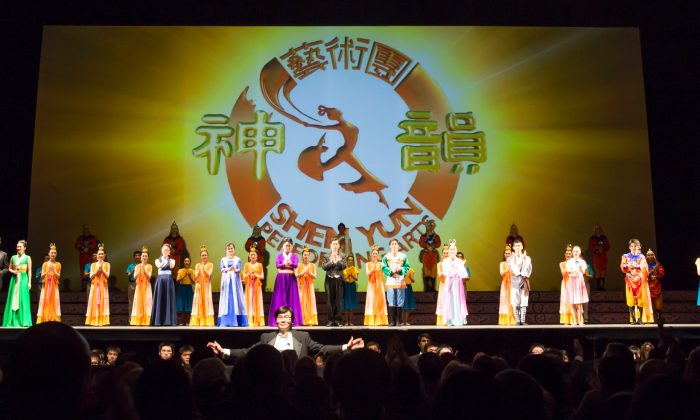 BALTIMORE, Md.—Rabbi Susan Grossman and Tammy Lawrence, an equal opportunity specialist with the federal government, were in attendance for Shen Yun Performing Arts, on Jan. 18, at Baltimore’s Modell Performing Arts Center at the Lyric.

Both said that they had an enjoyable evening that will not be easily forgotten, and they would both recommend the show to their friends. Ms. Lawrence would tell them that the show is “definitely worth it to come and to experience it.”

Rabbi Grossman said that the show “was very moving. We just had a wonderful evening.”

Rabbi Grossman would tell her friends that the performance is “beautiful, uplifting, inspiring, and calming. It was just a wonderful evening.”

Ms. Lawrence was of the same mind, saying that the evening was “excellent” and adding, “We really enjoyed the beautiful scenes.”

The scenes that touched on the persecution of the spiritual group Falun Dafa in China touched Rabbi Grossman deeply. It especially affected her because her father-in-law grew up in China, and her husband was raised in Hong Kong, although they are not ethnic Chinese, but Russian.

“For me, it was a little bit of seeing a window, to see the kind of content that they grew up in before the revolution,” she said.

According to Shen Yun’s website, “A performance by Shen Yun is a presentation of traditional Chinese culture as it once was: a study in grace, wisdom, and the virtues distilled from the five millennia of Chinese civilization.”

Since the present communist regime has come to power, ancient Chinese culture has been suppressed. “It is so inspiring to see the restoration of the traditions of traditional China in the show,” Rabbi Grossman said

She wants the dancers to know that they are “amazing,” and the musicians that their music was “fantastic.”

Her parting words were: “It was just a beautiful show from start to finish.”

Reporting by NTD Television and Heide B. Malhotra.