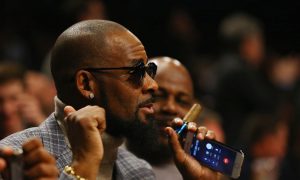 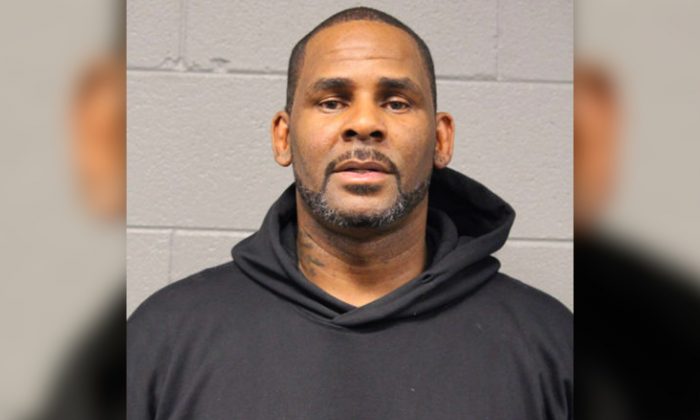 R. Kelly is photographed during booking at a police station in Chicago on Feb. 22, 2019. (Chicago Police Dept. via AP)
Entertainment News

Amid allegations of sexual misconduct, singer R. Kelly broke his silence, saying he is “fighting for my [expletive] life.”

Kelly, who spoke to CBS News for more than one hour, claimed that all the women accusing him of physical and sexual abuse are lying.

“People are going back to my past and they’re trying to add [up] all of this stuff… to make all of this stuff that’s going on now feel real to people,” Kelly, 52, told the news outlet. He was referring to previous times where he was accused of engaging in sexual misconduct with underage girls.

“Absolutely, no it’s not [relevant] because, for one, I beat my case,” he said, referring to the 2008 case where he was acquitted. “When you beat something, you beat it.”

Kelly was acquitted of child pornography charges in 2008 that centered on a graphic video that prosecutors said showed him having sex with a girl as young as 13, according to The Associated Press.

The CBS interviewer said she wasn’t specifically referring to that case, prompting Kelly to argue that it would amount to “double jeopardy,” which is a clause from the U.S. Constitution’s Fifth Amendment that prohibits a person from being tried of the same offense twice.

“You can’t double jeopardy me, it’s not fair to nobody!” he exclaimed.

He then reiterated that the sex abuse claims from his female accusers were false.

“Not true! Whether they’re old rumors, new rumors, future rumors… not true!” he said. “I don’t need to [hold anybody against their will.] Why would I?” he also said in the interview. “That’s stupid, guys!”

At one point, as TMZ noted, he looked directly at the camera and called on viewers to believe what he’s saying. He said that due to his past—cases where he has been accused of sexual misdeeds—he would never commit a crime because people are watching him.

That’s when he started crying, saying, “I’m fighting for my [expletive] life.”

Kelly, who was born Robert Sylvester Kelly, was arrested on Feb. 22 in Chicago before he spent several days in jail. He then came up with $100,000 to post bond.

“He fails to understand that it doesn’t matter ‘how long ago’ it happened. And he also has no clue as to how ‘double jeopardy’ works,” the attorney tweeted.

In a follow-up tweet, Avenatti addressed the emotion that Kelly shows in the interview: “R. Kelly’s tears are out of fear and despair. Because he knows that after over two decades of sexually abusing underage girls, we blew this wide open and have him and his enablers dead to rights.”