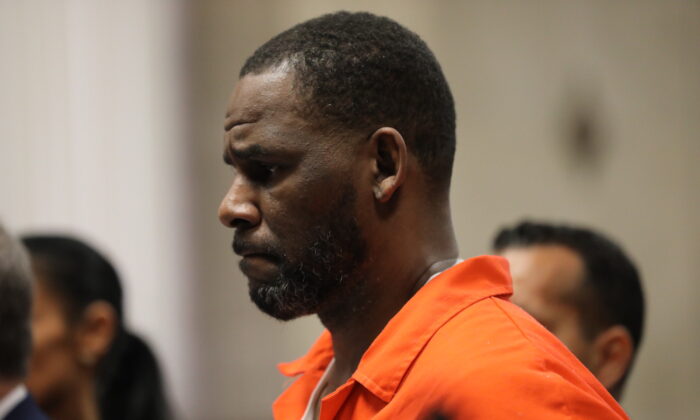 Former R&B star R. Kelly has been sentenced to 30 years in prison on Wednesday after he was convicted of using his fame and wealth to lure women and children into a scheme that subjected them to degrading sexual abuse and physical harm.

The 55-year-old disgraced “I Believe I Can Fly” star, whose full name is Robert Sylvester Kelly, has repeatedly denied any wrongdoing.

Jennifer Bonjean, Kelly’s lawyer, told reporters that Kelly was “devastated” by the sentence and will appeal. “Thirty years in prison is like a life sentence for him,” she said.

“The horrors your victims endured—no price was too high to pay for your happiness,” Donnelly said.

“This case is not about sex. It’s about violence and cruelty and control,” she told Kelly. “You left in your wake a trail of broken lives.”

Several accusers told the judge about how they were told by Kelly that he’d help mentor them and help them attain stardom—only to be turned into victims of sexual abuse.

The sentencing comes nine months after Kelly was found guilty by a New York jury in September 2021 on all charges in his federal trial—a total of nine counts that included one count of racketeering. The racketerring conviction comprised 14 underlying acts that included sexual exploitation of a child, bribery, kidnapping, and sex trafficking charges.

The remaining eight counts Kelly was convicted of were for violating the Mann Act, a sex trafficking law which prohibits moving people across state lines for prostitution.

Kelly has been in jail since July 2019 after he was first indicted. He pleaded not guilty to the charges in 2020 and his trial had started in August 2021 with testimony from more than 45 witnesses over the span of several weeks.

The jury had heard about how Kelly used his team of accomplices to meet girls and make them comply in an operation that prosecutors said amounted to a criminal enterprise. Many victims said the abuse also led to mental health problems.

Up until that point, Kelly had faced allegations of sexual abuse for about two decades. He sold millions of albums even after allegations about his abuse of young girls began circulating publicly in the 1990s. He beat child pornography charges in Chicago in 2008, when a jury acquitted him.

The alleged victims included the singer Aaliyah, who prosecutors said Kelly fraudulently married when she was 15 to conceal earlier abuse. Aaliyah died in 2001.

Prosecutors had urged a prison sentence of more than 25 years, and said Kelly has shown no remorse. But defense lawyers said he deserved no more than the mandatory minimum of 10 years.

Kelly also currently faces a separate trial in Chicago on other federal charges, including child pornography and obstruction. The trial is set for August. He also faces local sex abuse charges in Illinois and California.