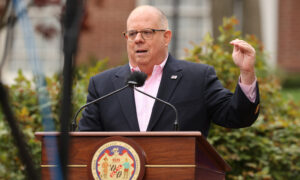 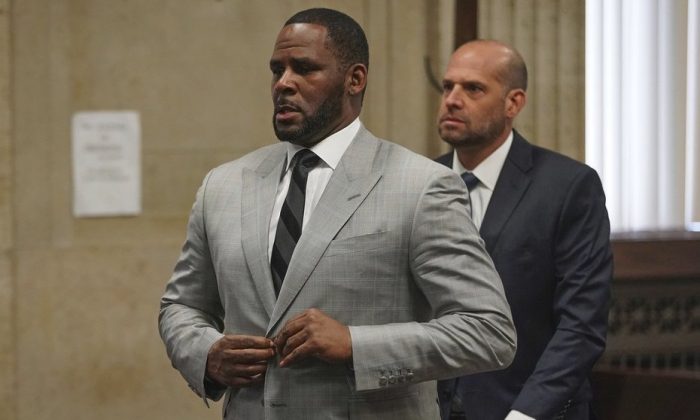 Singer R. Kelly was found guilty by a New York jury on Sept. 27 on all charges in his federal racketeering trial after he was accused by multiple witnesses of grooming and exploiting young women for years.

The 54-year-old, whose real name is Robert Sylvester Kelly, potentially could be sentenced to decades in prison. He was first indicted in July 2019 and pleaded not guilty to the charges in 2020. His trial started on Aug. 18 with testimony from more than 45 witnesses over the span of several weeks.

Kelly was charged with a total of nine counts, including racketeering, with 14 underlying acts that included sexual exploitation of a child, bribery, kidnapping, and sex trafficking charges. He also faced several additional counts of violations under the Mann Act, a sex trafficking law.

The “I Believe I Can Fly” singer also faces federal charges in Chicago, as well as local charges in Illinois and California.

The charges were based on an argument that the entourage of managers and aides who helped the singer meet girls—and keep them quiet—amounted to a criminal enterprise. Several accusers testified during the trial, alleging that Kelly subjected them to abuse when they were underage.

Assistant U.S. Attorney Maria Cruz Melendez said Kelly was a serial abuser who “maintained control over these victims using every trick in the predator handbook,” although the singer’s defense lawyers said the accusers were “stalkers” who were trying to exploit him and peddled “lie after lie” to defame him.

“You made a choice,” Deveraux Cannick, one of Kelly’s lawyers, told one unnamed woman who testified. “You participated of your own will.”

“They’re all working on those paydays,” Cannick said of the accusers, referring to lawsuits against Kelly. “These folks are capitalizing.”

“You can’t blame folks for trying to make a living but that’s totally separate from trying to take away someone’s liberty.”

But in closing arguments, Assistant U.S. Attorney Elizabeth Geddes stated that Kelly “used lies, manipulation, threats, and physical abuse to dominate his victims” and weaponized his “money and public persona” to hide the crimes.

Kelly, who never took the stand, is known for numerous hits that earned him 26 Grammy Award nominations over the years while selling millions of albums.

But in 2002, the singer was indicted on 21 counts of child pornography before he was cleared on all counts. Throughout his career, Kelly has been dogged by allegations of abuse and trafficking.

In a 2019 CBS News interview with Gayle King, Kelly emotionally denied all the allegations against him and portrayed it as part of a conspiracy. Some of the accusers, he suggested in the interview, were trying to gain fame.