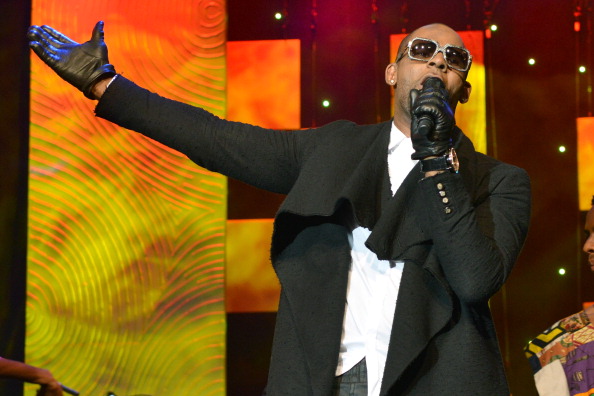 R&B Singer R. Kelly—best known for a string of hits in the mid-1990s but has been no stranger to controversy—is being accused of abusing and brainwashing women, several women have alleged.

A reporter with BuzzFeed News spoke to the families of two women who allege that Kelly preyed upon the women, using physical and verbal abuse. The BuzzFeed report alleged that Kelly has six women on a pair of his properties in a “cult”-like atmosphere, telling them how to dress, bathe, and when and what to eat. Kelly allegedly gives the women new cellphones, telling them that any communication with their parents is a breach of the rules that he set up for them.

In some cases, the women have cut off communications with their families, BuzzFeed reported, citing the accusers.

“You have to ask for food. You have to ask to go use the bathroom … [Kelly] is a master at mind control. … He is a puppet master,” one woman alleged. In all, three women who were ex-members of Kelly’s “inner circle” were quoted in the BuzzFeed report.

“R. Kelly is the sweetest person you will ever want to meet,” said Asanta McGhee, a Kelly former employee. “But Robert is the devil.” His birth name is Robert Kelly.

According to the families of two women outlined in the report, their daughters—aspiring singers—were introduced to Kelly in 2015 so that he would mentor them.

The family of one of the victims said that they haven’t seen their daughter since December.

“It was as if she was brainwashed. [She] looked like a prisoner—it was horrible. I hugged her and hugged her. But she just kept saying she’s in love and [Kelly] is the one who cares for her. I don’t know what to do. I hope that if I get her back, I can get her treatment for victims of cults. They can reprogram her. But I wish I could have stopped it from happening,” the family was quoted as saying.

According to Rolling Stone magazine, a lawyer for Kelly, Linda Mensch, responded.

“We can only wonder why folks would persist in defaming a great artist who loves his fans, works 24/7, and takes care of all of the people in his life. He works hard to become the best person and artist he can be. It is interesting that stories and tales debunked many years ago turn up when his goal is to stop the violence; put down the guns; and embrace peace and love. I suppose that is the price of fame. Like all of us, Mr. Kelly deserves a personal life,” she was quoted as saying.