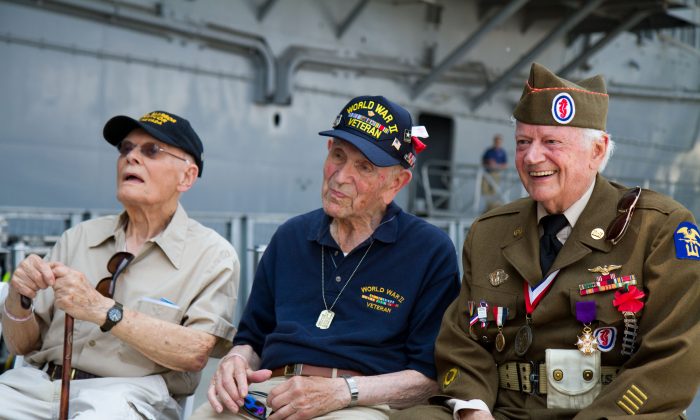 A Pearl Harbor servivor (L) and two Worl War II veterans, pose for pictures and give interviews for the Memorial Day service on the Intrepid on May 28, 2012. (Benjamin Chasteen/The Epoch Times)
New York

Under current laws veterans must wait up to 16 months for their exemption benefits to kick in on July 1 if they move within the five boroughs and fill out their form after the March 15 deadline.

“The Veterans’ Property Tax Exemption is a valuable form of support we can give to those who have served the nation and made sacrifices to protect our freedom and way of life,” said Speaker Quinn in a statement. “I think we can all agree that we shouldn’t be punishing anyone simply because they move – we must fix this law.”