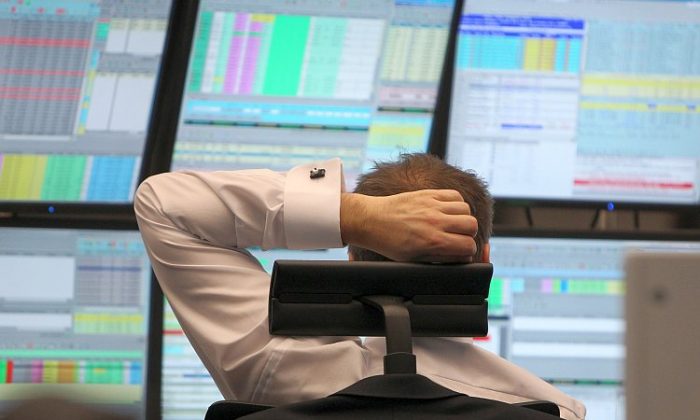 Quiet Week in the Eurozone Sees Markets Trending Up

AMSTERDAM—Last week was rather quiet for the Eurozone, with the United States making far more headlines. Some light economic data did not disturb the markets on this side of the Atlantic.

Inflation for the Eurozone came in right on expectations, but the year-over-year change is getting dangerously close to 3 percent—the increase for the year ending February was 2.7 percent—a level seen as a maximum pain threshold. The medium term inflation maximum for the European Central Bank (ECB) is 2 percent, but the bank has been known for trespassing that target previously by interpreting the “medium term” guideline quite generously.

In addition, Brent Crude in euros almost hit EUR 100 ($131.6) after clearing the previous all time high of EUR 94 ($123) from 2008, an indicator that the inflation pressures and pressure on the economy will continue unabated. The release of strategic reserves from the United States and the United Kingdom only pushed down the market briefly.

One survey measuring the economic sentiment in Germany came in far above expectations for March, printing 22.3 vs. 10 expected by Bloomberg consensus. This is still relatively low, but a marked improvement over the previous figure of 5.4.

The euro currency gained a modest 0.4 percent, closing at $ 1.3169 for the week. When looking at the intraweek movement, this dull number masks the real action that took the common currency to a high of $ 1.3191 before a crash to $ 1.3004 and the subsequent recovery.

The Eurostoxx equity index gained 3.67 percent to close at 2608 for the week, rallying strongly amid the Federal Reserve’s more dovish comments last week. No headlines from Greece upset the markets this week, but dangers surrounding the economy and some technicalities of the debt settlement loom.

After a Herculean effort, Greece might well make the primary deficit target of 1.5 percent of GDP for 2012. A primary deficit is the deficit before interest expense and this number needs to be positive in order for the country to be able to meaningfully move towards a sustainable debt profile. If not, debt will keep piling up regardless of the outstanding amounts and interest payments.

The problem is that according the UK’s Telegraph newspaper, “Current projections reveal large fiscal gaps in 2013-14” as it says in a leaked draft report from the European Union (EU), the European Central Bank(ECB), and International Monetary Fund (IMF). These institutions estimate that Greece might have to reduce spending another 5.5 percent of GDP in order to reach the targets of 2013.

Meanwhile, despite the reduction in debt due to the debt swap the week before last, the new Greek government bonds traded at a yield of 19 percent. This yield indicates that another default is on the cards soon and also reflects the amount of subordination as these bonds are junior to IMF and EU loans as well as ECB bonds.

While the bonds issued under domestic Greek law will be settled tomorrow at the credit default swap (CDS) auction, it is less clear what will happen to the bonds that were issued under foreign (mostly English) law. These cannot be equipped retroactively with so called “collective action clauses” that force the minority holders to go along with what the majority wants to do in terms of restructuring.

Hedge funds are thought to speculate to take advantage of that loophole, and according to BNP Paribas estimates, there are at least EUR 2.5 billion ($3.3 billion) of holdouts that are hoping to receive full pay on their stake.

They have a sway over the institutions that are negotiating the terms of the bailout as they could force a disorderly default with many unforeseen consequences.

The big event this week is the Greek CDS auction, where holders of CDS contracts and bonds need to deliver the bonds if they want to receive payment of the CDS. If Lehman Brothers is any indication, it should go rather smoothly, but nonetheless, the settlement always poses dangers should one counterparty fail to make the promised payments.

Germany, France and the Eurozone will release advanced figures for March Purchasing Manager Indices (PMI), many of which are expected to remain in slightly contractionary territory.