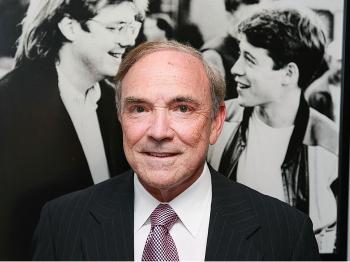 Heide B. Malhotra
View profile
Follow
biggersmaller
Print
WASHINGTON—A recent push for trading of derivative securities related to the box-office performance of films and movies was stifled by the recent financial industry regulation bill, signed into law by President Obama on July 21.

Had it been approved, Wall Street would have soon made million-dollar bets on the success and failure of Hollywood films.

Despite opposition by the movie industry, the U.S. Commodity Futures Trading Commission (CFTC) approved a request for an electronic online marketplace as a derivatives clearing house by Cantor Futures Exchange L.P. in June.

“The [box-office receipt trading] contracts are intended to allow participants in the motion picture industry to manage the financial risks associated with the production and distribution of motion pictures,” said the CFTC, which regulates futures and options trading.

After much debate and testimony from proponents and opponents, the CFTC approved Media Derivatives Inc.’s application for Weekend Motion Picture Revenue futures and options contracts, which allows investors to gamble on the risk of success or failure of an upcoming movie release.

But the euphoria was short-lived, as the Dodd-Frank Wall Street Reform and Consumer Protection Act contained specific wording that barred such movie derivatives trading, merely a month after it was approved by the CFTC.

Bob Pisano, interim CEO at the Motion Picture Association of America (MPAA), through heavy lobbying with Lincoln and other government heavyweights, was instrumental in defeating the box-office receipt trading.

In calling the motion picture industry a noncommodity market during his testimony before the U.S. House Subcommittee on General Farm Commodities and Risk Management in April, Pisano set the stage for a powerful defense.

“The product of the industry is an artistic or entertainment product that derives its value not from any intrinsic utilitarian use, but from emotional sentiment,” Pisano said in his testimony.

The untimely demise of the recently CFTC-approved new electronic marketplace for box-office receipt futures was possible because of the present hostility toward derivative trading. “It is also a win for Sen. Blanche Lincoln (D-Ark.), who wrote and inserted the amendment in the long-in-process Wall Street reform legislation inspired by the global financial crisis and abuse in the use of derivative trading that has come to light,” according to a recent Hollywood Reporter article.

Dissenting Voices at the CFTC

Mindful of recent financial debacles caused by similar derivatives trading by Wall Street, CFTC Commissioner Bart Chilton actually voiced his opposition to allowing such financial derivatives, suggesting that it did not fall under the commission’s authority.

He emphasized his point in a rather graphic description, “If movie futures can be traded, we could also have terrorism contracts or death pool contracts. None are good ideas.”

Also opposed to the movie box-office futures were the International Alliance of Theatrical Stage Employees (IATSE), the Directors Guild for America Inc., The Motion Picture Association of America, and others associated with the motion picture industry.

IATSE predicted that trading on the commercial success or failure of a newly released film could allow individuals and groups of gamblers from within the industry, with insider knowledge, to unethically profit from such information.

“The ability to trade on a film’s box office receipts through movie futures contracts—contracts where the creation of a negative perception of a film can be extremely lucrative to those ‘shorting’ it—puts the commercial success of the film at an even greater risk,” said Scott Harbinson, representative of IATSE, in his testimony before the CFTC.

Harbinson discussed at length the many risk factors, not apparent to the layman’s eyes, that could affect not only the success of the movie, but also the earnings of those involved in the making of the film, which through contractual agreements are bound to the success or failure of the film.

“Such futures contracts would be childishly easy to manipulate or corrupt to increase the value of short positions. This is particularly true for risky, low-budget motion pictures where there are many individuals who would be able to materially affect the success of the film,” Harbinson warned.

Comparing the movie future market to other markets, he said, “There is no such corollary in any other futures market that I am aware of.”

Weighing Into the Debate

“The problem is not with futures exchanges themselves. In fact, futures exchanges are a good way for counterparties to hedge their risks,” argues Wharton professor of insurance and risk management Kent Smetters in a report on the Knowledge@Wharton (KW) website.

But a film is not a commodity. A commodity, such as corn, allows investors and traders to understand associated risks, such as adverse weather conditions, spoiling rate, and so on.

In the movie industry, there are only a few who could possibly predict the intrinsic value of a motion picture—the few in the know, such as “the studio, the exhibitors, and marketers,” according to MPAA’s Pisano.

He suggests, for example, that the marketing, release date of a film, and the number of movie theaters have a great bearing on the success or failure of a movie release. Therefore, movies simply could not be considered a commodity.

Movie marketing experts see vehicles such as the Cantor Exchange as a way to “encourage studios to simply ‘pump and dump’ their lemons,” according to the KW article.

Movie studios are quite adept in financing their productions. They accept additional partners during the production of a movie and raise funds through private offerings.

In the long run, only those with insider knowledge and who possess significant knowledge about the movie industry should get involved in the funding of movies.

“The general lesson is that, as an individual investor, you should be suspicious of investing in any individual contract where the seller has a lot more information than you,” suggests the KW article.