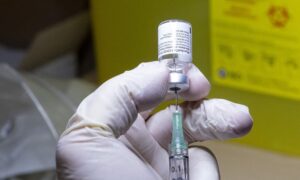 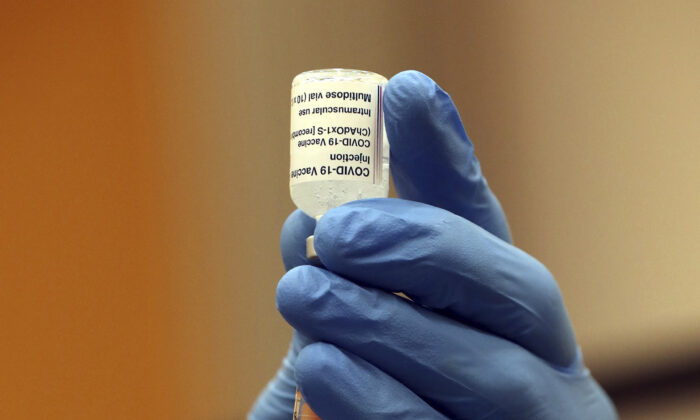 A paramedic draws a syringe of the Oxford/AstraZeneca vaccine at a mass vaccination centre in Newcastle Upon Tyne, England, on Jan. 11, 2021. (Scott Heppell/AP Photo)
Canada

Canada’s national vaccine rollout seems poised to dominate COVID-19 discussions in the coming week as Canada enters the 11th month of life during a global pandemic.

The federal government, which is overseeing the nationwide effort, has been facing strong criticism as it struggles to ensure there are enough immunization doses to go around.

The two companies whose vaccines have been approved for use here recently complicated matters by saying they wouldn’t immediately be able to deliver their promised number of doses due to production delays in Europe.

The Liberal government has repeatedly said both Pfizer-BioNTech and Moderna still intend to fulfill their promised delivery schedules and that current delays are temporary.

At least three other companies, Novavax, Astra-Zeneca and Johnson and Johnson, have all launched the process of having Health Canada approve their vaccines.

One of the provinces hardest hit by the pandemic, however, is weighing the idea of loosening some restrictions as early as next week.

He’s indicated a desire to relax some protective measures, primarily for retail stores, but says he’ll only do so if the COVID-19 situation in the province allows for it.

Alberta has already announced plans to ease restrictions on businesses such as gyms and restaurants as of Feb. 8.