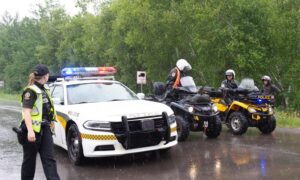 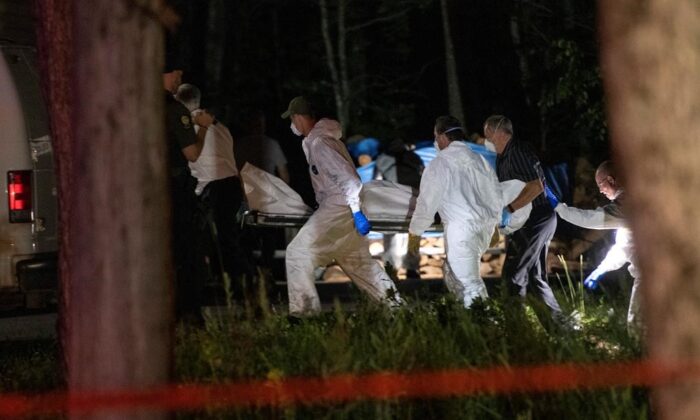 ST-APOLLINAIRE, Que.—Many questions remain unanswered in the case of a Quebec father whose body was found hours after the funeral for his two young daughters.

Provincial police announced on Twitter Monday night they found what they believe is the body of fugitive Martin Carpentier in the area of St-Apollinaire, Que., southwest of Quebec City.

Police said it appears Carpentier took his own life, but did not provide further details, or say how he’d gone undetected during an intense 10-day manhunt that was scaled back Saturday.

On Monday night, police tape encircled a property in the St-Apollinaire region on which stood a house and a large garage.

Just before 11:30 p.m., technicians in white protective clothing carried a wrapped body to a waiting vehicle. A neighbour, who did not wish to be identified, said the woods near the property had been the site of an “intense” police search.

“Here, there are so many areas to hide, abandoned cabins, hunting camps, shelters,” the neighbour told The Canadian Press. “There are lots of places where he could have eaten or drank, maybe he drank from the stream.”

The neighbour said residents had noticed a bad smell prior to the discovery.

Sandra Lessard, who lives in St-Apollinaire, said the search had been stressful for the community. “It’s certain that when we know it’s not far from us, it affects us and we sleep lighter,” she said. “We ask ourselves, ‘is he in our cabin? In our locker?”’

The discovery came 12 days after Carpentier and his daughters were involved in a car crash on the evening of July 8 in St-Apollinaire, but nobody was inside the vehicle when responders reached the scene.

An Amber Alert was triggered the next day, but lifted on July 11 when the bodies of Norah, 11, and Romy, 6, were found in the woods in the same town. Police have not yet released their cause of death.

On Monday afternoon, hundreds gathered outside the funeral of the two girls, which took place in their hometown of Levis, Que.

As the crowd watched outside on a giant screen, family members inside paid tribute to the young girls, who were remembered as pure and gentle souls by their mother, Amelie Lemieux.