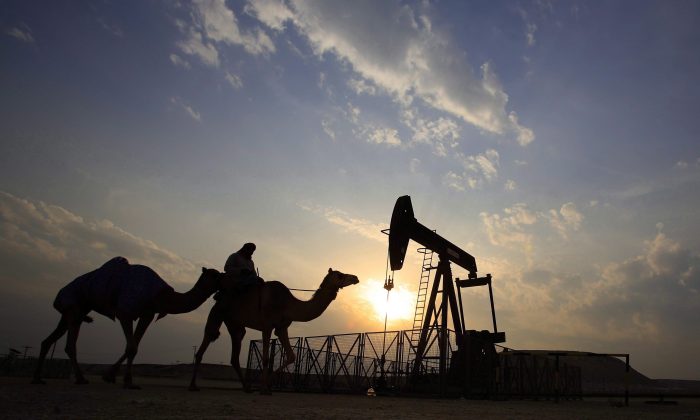 A man rides a camel through the desert oil field and winter camping area of Sakhir, Bahrain, in a file photo. Canadian health officials are evaluating the fallout of 800 Saudi medical residents and fellows leaving the health care system across the country. (The Canadian Press/AP/Hasan Jamali)
Canada

Questions Remain About Impact in Canada as Saudi Doctors Recalled

While the full impact of the diplomatic row between Canada and Saudi Arabia remains to be seen, Canadian health officials are evaluating the fallout of 800 Saudi medical residents and fellows leaving the health care system across the country.

The spat started after Foreign Affairs Minister Chrystia Freeland criticized Saudi Arabia in a tweet for arresting and detaining two female bloggers and activists, asking for their release as well as the release of other human rights activists.

Saudi Arabia said the tweet was an attempt by Canada to interfere with the country’s internal affairs, and suspended trade and diplomatic ties with Canada. Retaliatory measures include the recalling of Saudi students from Canada, including medical students and residents.

In Toronto, out of the 3,600 residents and fellows in the health care system, 216 are Saudis.

“So 216 people is not insignificant, but we’ve got a pretty big network,” said Dr. Salvatore Spadafora, vice-dean of post-MD education at the University of Toronto’s faculty of medicine.

“We’re in the process now of really sitting down with our hospital partners, site by site and program by program, and figuring out what the impact will be if September 1, these folks aren’t around.”

Todd Coopee with Resident Doctors of Canada believes there could be very negative consequences if Saudi students are forced to leave, although it is still too early to judge the outcome.

“While we’re definitely concerned about the potential implications, we feel that at present we do not have enough verified information to comment,” Coopee said.

No apology from Canada

Prime Minister Justin Trudeau has rebuffed requests from the Saudis to recant Canada’s criticism, saying that while diplomatic ties with the country continues, there will be no apology from Canada.

“As the minister (Freeland) has said, and as we will repeat, Canada will always speak strongly and clearly in private and in public on questions of human rights,” Trudeau said on Aug. 8.

Saudi Arabia expelled Canada’s ambassador on Aug. 5, and has ruled out any new trade with Canada. Flights between Saudi Arabia and Toronto will also be suspended.

Conservative foreign affairs critic Erin O’Toole said his sources have said what led to the Saudis getting so upset was the patronizing language in the Arabic translation of the Canadian tweet. He criticized the government’s use of social media rather than person-to-person communications as part of the problem, but said he finds the Saudi authorities’ response to be “over the top.”

“If the objective is to advocate for the rule of law and human rights, how does this collapse of relations accomplish those ends?” he wrote in a statement.

“Given Saudi overreach through its online troll farms, such as the plane infographic invoking 9-11, there presents an opening to say: ‘Things have gone too far,’” he said, referring to a tweet by a pro-government Saudi Twitter account that showed a plane flying toward Toronto’s skyline in a digitally altered image. The tweet was later deleted, and the account said in a later post that the image was not intended to refer to 9/11 and apologized for the “inappropriate” tweet.