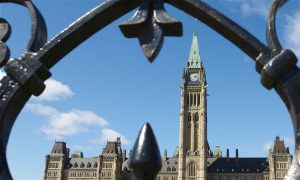 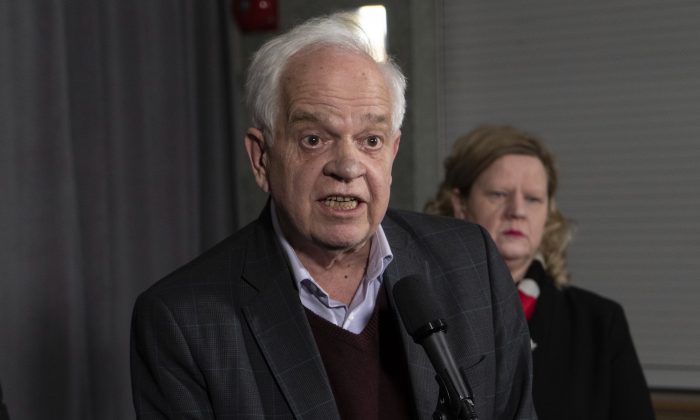 TORONTO—As an old Chinese saying goes, “Spilled water is hard to retrieve.” This could be the lesson Canada’s China envoy is learning the hard way as he took back his comments made to Chinese media regarding the legal proceedings of Huawei executive Meng Wanzhou, whose arrest in Vancouver at the request of the United States has soured Canada-China relations.

At a Toronto news conference on Jan. 22, John McCallum told the gathering of reporters exclusively from Chinese state-owned media and a select group of Canada-based Chinese-language media that Meng has a strong case to fight U.S. extradition in Canadian courts. He later added that her extradition “would not be a happy outcome.”

The kerfuffle that followed, including the opposition Conservative Party calling for Prime Minister Justin Trudeau to fire the ambassador, resulted in McCallum issuing a statement on Jan. 25 expressing regrets for his comments and noting that his remarks “do not accurately represent my position on this issue.”

At the news conference, before taking questions, McCallum had delivered opening remarks in which he listed potential legal arguments that Meng could use.

The manner in which he spoke doesn’t give the impression that it was just a slip of the tongue, said Shuvaloy Majumdar, a Munk senior fellow at the Macdonald-Laurier Institute. Majumdar is also a former senior policy director who served under successive Canadian foreign ministers.

“It was pre-planned. It was organized for Chinese-language speaking media, excluding major Canadian press,” Majumdar said.

“He provided a detailed assessment around how Ms. Meng has so-called grounds for an appeal, which presumably took a lot of analysis, and left the room knowing exactly what he was doing in a very controlled way.”

Perhaps only McCallum can explain the reason for his peculiar news conference. So far he hasn’t responded to Epoch Times’ requests for comments. Majumdar calls it “stunning” that McCallum would throw an ally, the United States, “under the bus to provide Communist Party talking points.”

China’s foreign ministry responded by saying it has “noted” McCallum’s comments and reiterating demands that Meng be released.

Reference News, a Chinese state-owned media and the largest-circulation daily newspaper in China, said in a headline that the Canadian ambassador to China has “changed sides.”

As a member of Parliament prior to becoming ambassador, McCallum was one of the heaviest users of sponsored travels to China, accepting over $73,000 in trips sponsored by China or pro-Beijing groups between 2008 to 2015.

Scott Gilmore, a former Canadian diplomat and columnist for Maclean’s, wrote in a recent op-ed in the publication that “if any of the other Canadian diplomats in our embassy had accepted those trips, we would consider them compromised, and they would be fired.”

McCallum opined last year that in some important policy areas, Canada has more in common with China than the United States under President Donald Trump.

He also said the tension between China and the United States is good for Canada. “In a sense, it’s a good thing for me as an ambassador and for Canada with China because, because of these big differences. It gives us opportunities in China,” The Globe and Mail quoted him as saying.

As a Liberal MP and later cabinet minister, McCallum was also a regular guest at the Chinese Consulate in Toronto.

Majumdar says he is not opposed to parliamentarians taking sponsored trips to become more educated, but he cautions that there are growing concerns over foreign influence campaigns targeting Canadian politicians.

“The accountability for McCallum also comes back to roost because of his surprisingly pro-Communist Party positions,” Majumdar said. “The tenure of them over the course of time raises great questions about his actual independence. Because he’s taken so much hospitality from the Chinese, it has directly resulted in very positive statements from him and from his government towards the Communist Party and the Chinese government.”