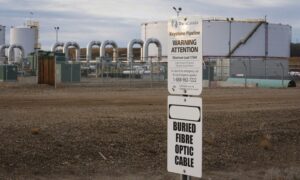 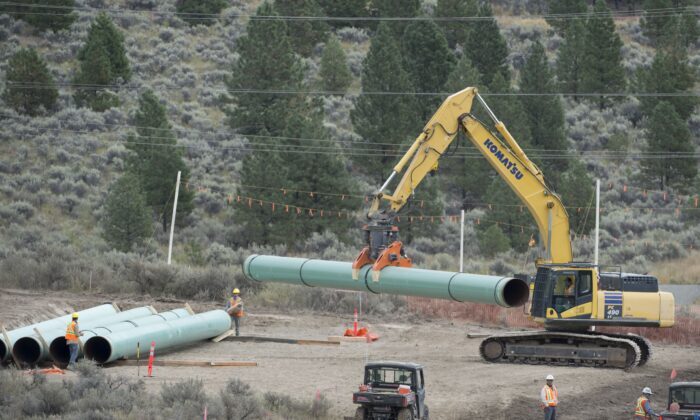 Despite the cancellation of Keystone XL, Canada’s natural resources minister is unsure if the country needs more pipelines.

He was responding to the query, “Do you believe Canada still requires additional export capacity beyond [Trans Mountain] and Line 3? What do you see as the likely routes to putting it in place?”

The query originally came from Natural Resources Canada staff in January, posed in a briefing note addressed to the the department’s deputy minister shortly after U.S. President Joe Biden scrapped Keystone XL on Jan. 20 on his first day in office.

The bureaucrats had sent the note ahead of meetings planned for late January to discuss the cancellation with the Alberta government, Keystone XL owner TC Energy, and other stakeholders. The Canadian Press obtained the document through an access-to-information request.

“I’m not surprised to see that some bureaucrats would ask [that] question. And whether it was meant to concord or to overlap with the federal government’s interest in shutting down pipelines—which has been very much its [modus operandi] over the past five, six years—I don’t think the question is accidental,” McTeague said in an interview.

“My answer is, ‘How much do we produce?’ We’ve got the reserves and we’ve got the ability, but it’s that we have been hamstrung and allowed ourselves to be put in a straitjacket, dictated to, by folks and zealots who have been able to take advantage of Canada’s good nature.”

The federal government, along with a number of other countries around the world, has committed to achieving net-zero greenhouse gas emissions by 2050. Minister of Environment Jonathan Wilkinson took the step of introducing the Canadian Net-Zero Emissions Accountability Act in Parliament last November, which requires him to set a series of five-year national targets to keep Canada on track for reaching its 2050 goal.

The impact on the global energy sector will be significant. According to an International Energy Agency report in May, meeting that goal requires an end to new oil and gas developments.

However, O’Regan on June 3 expressed disagreement with that aspect of the report, saying that emissions-reducing technologies such as carbon capture and storage make more energy production possible.

“We are singularly focused on lower emissions,” he said.

McTeague said the federal government is “trying to be all things to all people” and is already too hampered by the Paris climate accord.

“Even if we could sell a lot of liquid natural gas to places like China and India to forestall their buildout of coal plants—which would increase global emissions, like it or not—we get no credit for doing that,” he said.

“Forecasts show oil demand is probably not going to peak until the early 2030s, so Canada can continue to produce oil because the demand is going to be there for a long time,” Masson told The Epoch Times.

He said Line 3 and Trans Mountain will essentially be full with the near-term production outlook for Canada, “so if we want to see any growth that doesn’t end up on rail cars, having more pipelines is necessary.”

Masson added that, “if you believe it’s going to take us 20 or 30 years to really change our transportation system to electric vehicles supplied by renewables, then there’s a big opportunity over that 20 or 30 years for Canada to produce a part of the oil we need.”

In his view, Canada is very good at oil production and “we need more pipeline.”

A report last November by the Canadian Energy Regulator suggested that pursuit of the 2050 target could eliminate the need for the Trans Mountain expansion and the now-cancelled Keystone XL pipeline.

According to Masson, even then, “all of the pipelines are full and so there’s a lot of risk if pipelines have issues.” Moreover, “you don’t get the best price for your oil if you don’t really have options. So it’s better to have excess pipeline capacity, so that if a refiner is trying to give you a lousy price, you’ve got an option to send it to a different refinery.”

Keystone XL would have connected bitumen produced in the oilsands with refineries in the United States designed to process it. Ian Madsen, senior policy analyst at the Frontier Centre for Public Policy, said Keystone’s cancellation makes an alternative necessary.

He said even if the Edmonton area had extra refinery capacity, producers would still need to sell the refined products. While some could be sold to B.C. and other parts of Canada, “you have sort of an iron wall when it comes to the Ontario-Quebec border because they’ve got on their high horse and say they didn’t want the Energy East pipeline,” he said in an interview.

“It may not be as hard as it currently looks to have another pipeline or two or expansions of existing ones or parallel ones constructed in the next several years,” he said. “But then you still have the issue of going through all the approval processes and all the court actions, not just here, but possibly in the U.S. or Quebec that could stymie them.”