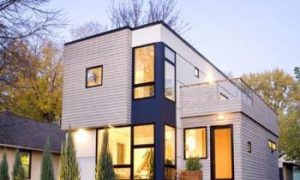 Question Period Back in the Mud After Short Reprieve

OTTAWA—Hopes that Question Period might become more civil were dashed on Wednesday when the Conservative Caucus began again to return the insulting questions of the opposition with insulting answers, the conduct that typified QP in the previous session of Parliament.

But for two days at least, there was hope.

When Parliament returned on Monday, the press gallery in the balcony above the floor of the House of Commons was unusually full and government MPs were on their best behaviour. While the tone of questions from opposition parties was not noticeably different from the previous session, there was less heckling, according to MPs.

Even Liberal Deputy Leader Ralph Goodale, and NDP citizenship critic Olivia Chow, after prodding, admitted that they had noticed improvement in the government’s conduct.

In Question Period, opposition leaders and MPs ask the government questions on any given topic, usually aimed at embarrassing the government or calling some policy or recent action into disrepute. The government typically answers each question, or evades it to varying degrees, and tries to in turn cast aspersions on the policies of the opposition party that asked the question.

Questions and answers are limited in length, ruling out substantive responses to often-challenging questions, and the period plays out in a series of sound bites.

But for the first two days of the current session, the Conservatives held back. Questions were met with answers but hardly any direct insults, though there were a couple of exceptions, notably from Finance Minister Jim Flaherty.

The most noticeable difference though was in the conduct of Prime Minister Stephen Harper. Harper set the tone that followed with the first question of the session Liberal Leader Michael Ignatieff asked, “Why is he ignoring the real concerns of Canadians?”

Harper’s response: “This government’s main priority is Canada’s economy. That is one reason Canada’s economy is outperforming other economies. I toured the country as well and I saw 16,000 job-creating projects across Canada. A recent study by the OECD shows that Canada’s national assets and the government’s timely decisions are what minimized the financial and economic damages caused by the global recession. Canadians should be pleased about that.”

That relatively good behaviour even held over on Tuesday, when new Conservative House Leader and noted partisan strongman John Baird answered for the absent PM. Baird even brought attention to the improvement later that QP.

“I should point out that the actions of the Prime Minister and the Leader of the Opposition appointing me and the member for Ottawa South [Liberal MP David McGuinty] has seen a significant reduction in the heckling in the House. Those two should get some just reward for their actions on decorum. There is leadership.”

But by Wednesday, it was business as usual.

Ignatieff: “Yesterday the Minister of Finance delivered himself of a wild partisan rant. I assume that the prime minister approved this speech because, after all, he makes the rules. But what I wanted to know is whether the prime minister understands that this was a classic example of the politics of fear, division, envy and resentment at a time when Canadians need to hear a message of hope and unity.”

Harper: “As for the government’s economic policy, we are, of course, providing hope and opportunity through the economic action plan and stand strongly against the tax and spend policies of the Liberal Party.”