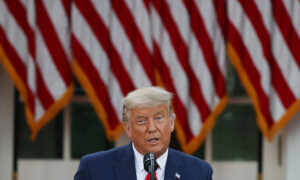 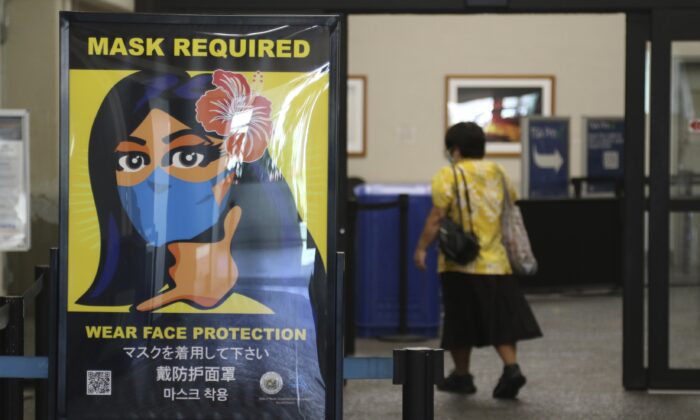 A woman walks into the international airport in Honolulu, amid a quarantine rule that effectively shut down the tourism industry in Hawaii, on Oct. 2, 2020. (Caleb Jones/ AP Photo)
Viewpoints 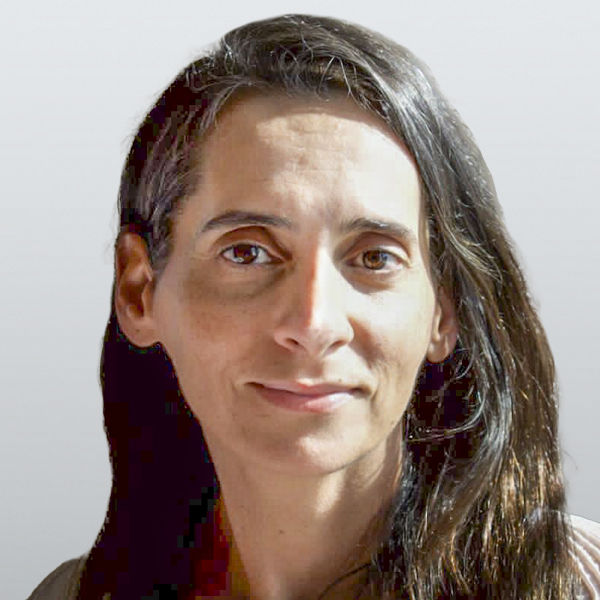 Asking questions is at the heart of science.

Science isn’t an institution, nor is it an authority. Science is never settled. It’s forever evolving through conjecture and criticism. Questions form the basis of all scientific inquiry and scientific progress. Without challenging existing concepts—usually held by a majority—there’s no new knowledge creation. Censoring dissenting voices eliminates the mechanism of error correction and pushes humanity back into the Dark Ages.

From the beginning, lockdowns were a questionable public health tool, even described as “pro-contagion” by professor John Ioannidis of Stanford University. As early as June 2020, papers (pdf) showed that the COVID-19 lockdowns and other nonpharmaceutical interventions had no effect on reducing deaths. We were all aware that lockdowns would have a terrible economic impact and devastating human toll (pdf), especially on the developing world. We went along with this “cure” because we were told it would save lives, that lockdowns were necessary for two to three weeks to flatten the curve of infections and prevent health care system strain.

Yet, the goalposts kept on shifting endlessly, moving toward a zero COVID-19 world: a completely unrealistic and unachievable goal.

Is now the time to question absolutely everything?

The pandemic response was disproportionate. If infected, the average mortality for a person with COVID-19 is similar to the flu at 0.15 percent globally. Why did the World Health Organization (WHO), in March 2020, highlight the figure of 3.4 percent representing deaths among cases? Those cases included only high-risk individuals in hospitals with a far higher likelihood of mortality than the rest of the population. This figure didn’t take into account all of the infections that led to mild disease or even no symptoms at all. It didn’t include individuals who are protected by past immunity. It certainly didn’t reflect that the elderly are several thousand times more likely to die with COVID-19 than the young. Even Dr. Anthony Fauci predicted in March 2020 that the “clinical consequences of COVID-19 may ultimately be more akin to those of a severe seasonal influenza.”

Why then are we treating COVID-19 as if it were Ebola?

The commonsense approach would have been to focus efforts and resources on protecting the high-risk group—people older than 60 years of age, suffering from other health conditions—treating them early (pdf) and, in turn, reducing deaths. Telling people, “Don’t do anything until you’re very sick and need to be hospitalized,” is deadly. There are cheap, generic, safe, and effective treatments available now, such as ivermectin, that are saving lives. Why are treatments being ignored, suppressed, and attacked? Why aren’t the media or public health officials informing the public about them?

The Centers for Disease Control and Prevention (CDC), the WHO, and “experts” have flip-flopped multiple times. In February 2020, Fauci said: “In all the history of respiratory-born viruses of any type, asymptomatic transmission has never been the driver of outbreaks. The driver of outbreaks is always a symptomatic person.” However, all of the pandemic measures were based on the assumption that people who are healthy might be sick without knowing it.

On June 8, 2020, Maria Van Kerkhove of the WHO stated that the asymptomatic spread of COVID-19 is very rare. The next day, she walked back her comment, saying that studies based on computer modeling—not real-life data—show that asymptomatic spread is cause for concern. A systematic review and meta-analysis paper, published in December 2020, falsified this assumption. Asymptomatic spread simply isn’t a main driver of disease.

What should be of even less concern is transmission in the open air, likely to be below 0.1 percent of all transmissions. How can anyone catch the virus from just passing by healthy people on the streets? Unfortunately, the CDC overestimated outdoor spread, claiming that it represented 10 percent of transmissions. This exaggeration was used to justify futile outdoor mask mandates. They later admitted their error—too little, too late. Why are we still testing healthy people and locking populations indoors?

The CDC and the WHO confused the public with their social media recommendations about masks: “Masks don’t work in the community.” “Everyone should wear masks in the community.” “Everyone should wear two masks.” “Even if you’re vaccinated, you should still wear a mask.” And, finally, “If you’re vaccinated, you can do without a mask.”

The CDC’s journal Emerging Infectious Diseases published a policy review paper in February 2020 that stated: “We did not find evidence that surgical-type face masks are effective in reducing laboratory-confirmed influenza transmission.” The WHO also published interim guidance (pdf) in June 2020 stating: “At present, there is no direct evidence … on the effectiveness of universal masking of healthy people in the community.” And Fauci’s leaked emails showed that he didn’t believe in the power of masks either. He wrote in February 2020 in his email to former Secretary of Health and Human Services Sylvia Burwell: “The typical mask you buy in the drug store is not really effective in keeping out virus, which is small enough to pass through the material.” Why were masks mandated even when the data showed that they made no difference (pdf)?

The WHO flip-flopped on the definition of herd immunity, which is the point at which an infectious disease stops being a cause for concern because most of the population is immune to it. They removed natural immunity from the definition and limited herd immunity to that reached through vaccination only. After this meddling caused an uproar, they went back again and included both forms of immunity as contributing to herd immunity.

The WHO also changed their recommendations about the PCR test, first allowing very high cycle thresholds of 45, which is the number of times the genetic material of the virus is multiplied until it is detected, and recommending that cases are diagnosed based on a positive PCR test, regardless of symptoms—previously unheard of in medicine. Patients are usually diagnosed with a disease if they’re sick. Later, the WHO rectified their stance, clarifying that the diagnosis of cases requires clinical symptoms and that high cycle thresholds lead to false positives.

Why did the WHO make recommendations contrary to established medical practices for infectious diseases? The PCR test wasn’t designed to diagnose infectiousness. It merely detects viral genetic material, dead or alive. Studies indicate that 25 cycles are enough to detect an infectious virus. How much have the false-positive results affected the number of cases and, in turn, the number of deaths? How many deaths were wrongly attributed to COVID-19 instead of other diseases?

Science doesn’t flip-flop like that. Politics does. Science has become politicized. We need to decouple science from politics. It’s being manipulated to serve corporate and political agendas. Anyone criticizing “The Science” is silenced harshly. People are smart and, if given accurate information, they can make the right decisions for themselves and their communities. Unfortunately, people are being misinformed and fear-mongered with non-stop death reports, apparently vanishing immunity, and the threat of new variants.

Fear isn’t good for us. It isn’t good for our immunity, our health, or our ability to think rationally. To calm the fear, we need to know that cases are meaningless, deaths are overestimated, and immunity—whether natural or vaccine-induced—is long-lasting and can protect us from future variants. Variants aren’t unique to COVID-19. All respiratory viruses mutate. The variants are so minutely different from each other that our immune system will recognize them and protect us. It’s as though your friend is wearing a cap. Can you still recognize him? In the same way, your immune system also recognizes the variants. How much longer should we let those variants haunt us?

Did the COVID-19 response foster public health or public harm? Was the “cure” worse than the disease?

Now is the time for error correction. Start at the beginning and question everything: lockdowns, asymptomatic transmission, mask mandates, claims about short-lived immunity, and dreadful variants. Now is the time for a better solution.

Abir Ballan holds a master’s degree in public health and a background in public health, psychology, and education. She’s a member of the executive committee at PANDA (Pandemics—Data & Analytics). She’s been a passionate advocate for the inclusion of students with learning difficulties in schools. She has also published 27 children’s books in Arabic.