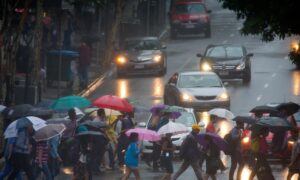 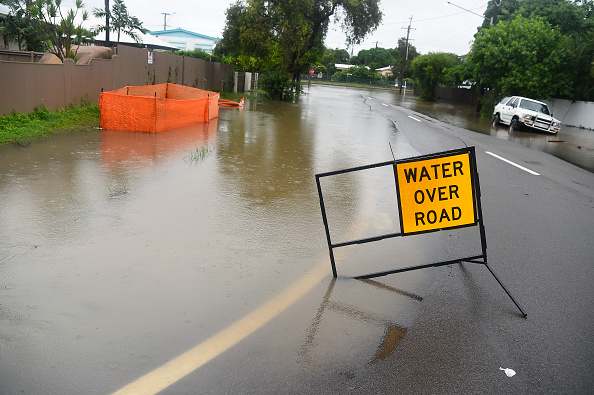 Queensland authorities are mopping up after tennis ball-sized hailstones caused widespread damage during a series of supercell thunderstorms in the state’s southeast.

Severe thunderstorms formed along the Great Dividing Range from the New South Wales border to Wide Bay, north of the Sunshine Coast, on Saturday before pushing towards the coast throughout the afternoon.

Giant 14cm hail was reported in Logan, south of Brisbane, while hail up to 7cm in diameter fell at Ipswich and the Lockyer Valley to the city’s west.

The Queensland Fire and Emergency Service has recorded more than 1,800 calls for help, with most coming from the Ipswich area.

The requests for assistance were mostly for downed trees, as well as building damage to skylights and roofs.

“The hail is what caused the most damage,” a QFES spokeswoman told AAP on Sunday.

“The majority of jobs are structural, hail-related damage.”

Energex had reported more than 42,000 electricity users were without power on Saturday but that figure had fallen below 16,000 on Sunday morning.

Some 4,400 Ipswich City customers remain offline, with the councils of Noosa, Sunshine Coast and Redland City the next worst affected.

The threat of more wild weather has eased, with the Bureau of Meteorology cancelling its warning for dangerous storms late on Saturday night.

A flood warning is active for coastal areas.

The wild weather came less than a week after two days of storms delivered a month worth of rain and flash flooding to some parts of the state, including Brisbane.

Tennis ball-sized hailstones pummelled the region on Tuesday and Wednesday.

Beachmere, near Caboolture, recorded 80mm of rain in an hour and 70mm fell on the Upper Lockyer, west of Brisbane.

Tiaro, north of the Sunshine Coast, recorded 51mm in an hour, with 22mm of it falling in five minutes.

Flash flooding affected some Brisbane areas at the height of the storms on Tuesday, which was the wettest October day in the city since 2010.