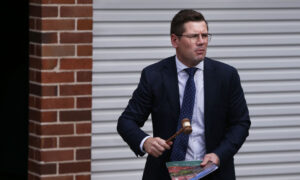 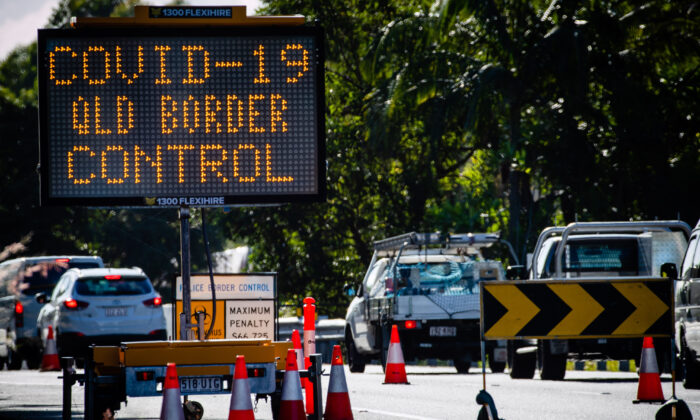 The Queensland government on Wednesday eased travel restrictions to and from New South Wales (NSW) border communities regardless of COVID-19 cases.

“This will mean Queenslanders travelling to, and residents of, Bourke Shire, City of Broken Hill, Kyogle, Lismore City, Richmond Valley, and the unincorporated Far West will be able to cross the border for more reasons,” a Queensland Health statement read.

The move comes as at least 70 to 80 percent of residents in most of the NSW border zone local government areas (LGA) are fully vaccinated with two doses.

Queensland Health has said that any resident who has had at least one COVID-19 vaccine dose can cross into Queensland or the border zone for work, education, volunteering, caregiving, health care, or essential shopping.

Queensland Chief Health Officer Jeannette Young also revealed Queensland Health had modelled reopening at 80 percent and said that state hospitals would be “stretched” but would be able to cope with the increased demand.

Federal Employment Minister Stuart Robert called on the state Queensland government to set a target for reopening the border, so people and businesses could plan around it.

He warned that a lack of any clear target was making it hard to drive up vaccinations in Queensland, with only 53.35 percent of eligible people fully vaccinated and 70.59 percent having had one dose.

“We see in NSW and Victoria, we see very high vaccine rates because there’s a plan, there’s certainty that the citizens of those states know exactly what’s going to happen when certain rates are reached,” Robert told Nine’s Today program.

“And that’s our plea to the Queensland premier, let us know, let Queenslanders know what happens at 80 percent.

NSW and Victoria are in the midst of severe COVID-19 restrictions and lockdowns, with the premiers of both states only promising “freedoms” to residents once vaccination targets are achieved.

This is a different scenario from Queensland, which is not under stay-at-home orders but whose state borders are closed.

Meanwhile, 389 people have started a trial of home quarantine in Queensland with hopes a successful test run can allow thousands of Queenslanders currently stuck interstate to get home.

The government has said that if successful, the trial will be opened up to other Queensland residents.

Deputy Police Commissioner Steve Gollschewski said the trial, which is only open to people who fly into Queensland, could possibly be extended to those who are driving into the state.

“Look, it is no doubt that this is very tight; it is a trial; as Jeannette Young said, we want to see how this goes,” he said.

“We are quite confident that people will do the right thing, and if we can prove that this system works effectively, I am sure we can review what restrictions really need to be in place and which ones can be eased.”