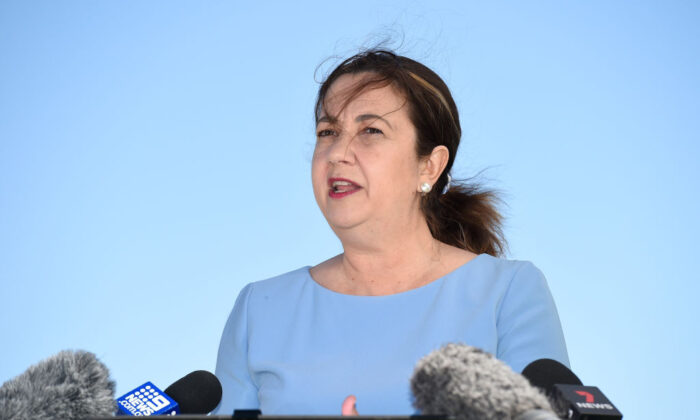 Queensland Premier Annastacia Palaszczuk is expected to face a barrage of questions when she addresses the media two days after the release of a damning integrity review.

Professor Peter Coaldrake’s landmark report handed down late on Tuesday pointed to a tolerance of bullying within the state’s public service and a reluctance to deviate from the perceived official government line.

Palaszczuk issued a statement committing to adopting all 14 of the review’s recommendations within hours of its release but is still to respond in person.

In the face of calls for her to do so on Wednesday, she sent out a second statement explaining she had undergone a two-hour dental procedure that could not be delayed.

“I am in the office working but unfortunately it means I am unable to conduct a media conference this afternoon,” the premier said.

“I will be available to the media at 9 a.m. on Thursday.”

Attorney-General Shannon Fentiman conceded on Wednesday that she had been aware bullying complaints within the public service had been made “from time to time”.

However, the extent of Prof. Coaldrake’s findings had come as a surprise to her.

“Like any review … you learn things, and we have said it’s unacceptable,” she said.

“Queenslanders can have faith now that the premier has acted so swiftly and so strongly to accept these recommendations.”

The report also called for the reigning-in of access and influence of lobbyists, including an explicit ban on “dual hatting” of professional lobbyists during election campaigns.

“The premier must front the media today and show why she can lead the government out of the mess she has created,” he said.

Crisafulli said a poor culture was having a direct impact on the government’s ability to deliver services.

Katter’s Australia Party welcomed the report’s release but said it would do little to settle the concerns, while the Greens described its recommendations as band-aid solutions to a systemic level of interference in the public service.

Premier Palaszczuk’s original statement said she embraced the report and would not have asked Prof. Coaldrake to conduct the review had she not wanted reform.