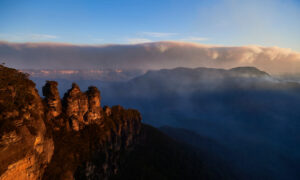 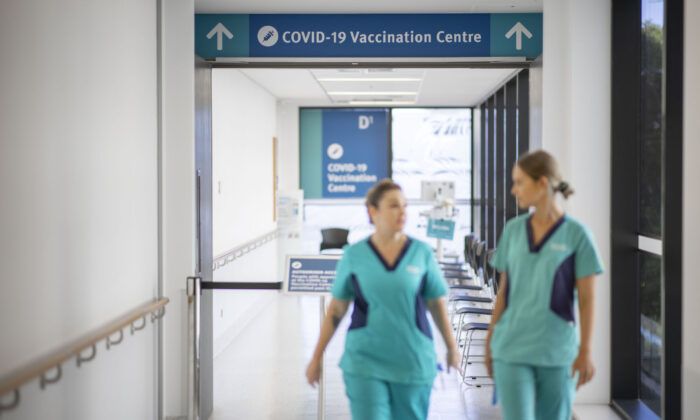 A Queensland nurses union has revealed strong hesitancy among the “overwhelming majority” of its members towards mandatory immunisation against the CCP virus, given the shorter trial times and higher unknowns for the newer RNA vaccines compared to standard vaccines.

Chief Health Officer Jeanette Young, on March 31, made it mandatory for Queensland nurses working with COVID-19 patients to get one of the jabs.  But some nurses say they’ve been left in the dark about what compensation they’ll receive if they develop a bad reaction to the vaccine.

The Nurses Professional Association of Queensland (NPAQ) has said that 82.5 percent of their members surveyed think their employers should compensate them if they start to have side effects from a COVID-19 vaccine.

“The vaccine is being made mandatory for nurses here in Queensland, yet it seems that no promise of compensation is being made to nurses that experience adverse impacts from the vaccine,” the NPAQ survey noted.

“It seems a bit rough that nurses are being forced to receive a vaccine and then left in the lurch if they react to it negatively.”

A Queensland Health spokesperson told The Epoch Times that the Pfizer and AstraZeneca vaccines have stood up to scrutiny internationally and from the Therapeutic Goods Administrations own rigorous processes.

“This includes careful analysis of clinical trial data, ingredients, chemistry, manufacturing and other factors. This process is amongst one of the most thorough in the world,” the spokesperson said.

That said, vaccination was only mandatory for healthcare workers whose role may bring them into potential contact with COVID-19 patients.

“Workers who are unable, or do not wish, to be vaccinated will be redeployed to roles not requiring contact with COVID-19 patients,” the spokesperson said.

“Most of these individuals would have already been vaccinated.

“The decision to make the vaccine mandatory for these highest-risk workers was made with the safety of our staff in mind because we know they face a higher risk of COVID infection and illness compared to the general population,” the spokesperson said.

Australia’s rollout of vaccines for COVID-19, the disease caused by the CCP (Chinese Communist Party) virus, has been marred by supply problems and rare but serious medical side effects.

These side effects have prompted some older nurses to say that they’ll consider leaving the profession rather than risk the clots, according to NPAQ.

The NPAQ survey found that 81 percent of its nurse members in the Sunshine State do not think it should be mandatory for nurses to receive future COVID-19 vaccinations. While 75 percent said, it would not be fair for an employer to refuse employment to a nurse that refuses to get a COVID-19 jab.

Some of the most common written responses to the survey cited individual choice, health concerns, and lack of data about available vaccines as reasons for the nurses’ stances, the NPAQ noted.

Further, some nurses noted that requirements to get experimental vaccines were not part of the original contractual agreements the nurses signed with their employer as opposed to the standard vaccines.

The NPAQ noted that the most common concerns were the length of clinical trials, potential side effects, freedom of choice, rushed production, and there was particular concern surrounding the long term data over the short term data.

NPAQ State Secretary Aenghas Hopkinson-Pearson told The Epoch Times it would not be fair to label these nurses as “anti-vaxxers” given they regularly receive the normal flu jab as a condition of their employment.

“No one has a problem with standard vaccines,” he said. “Nurses did not, however, contract into or agree prior to commencing their employment to take more experimental and less trialled RNA vaccines.”

Nurses who do not wish to receive a COVID-19 vaccine are moved to non-COVID wards, “which makes sense,” Hopkinson-Pearson noted, as a short term measure.

“Longer-term though, we will continue to hold the government accountable to ensure that PPE is provided,” he said. “In addition, our focus is to ensure that the nurses that are moved do not suffer a reduction in pay, receive decreased working conditions, and are able to return to their old positions once we are on the other side of this pandemic.”

The NPAQ represents 11-12 percent of nurses in Queensland, of which three-quarters filled out the survey.

A previous version of this article featured a headline that didn’t accurately reflect the results of the survey. The Epoch Times regrets the error.