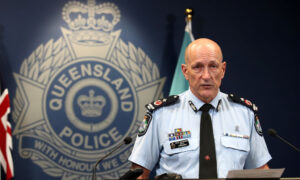 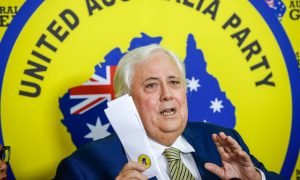 Labor have unveiled plans to build a new $160 million hospital on the northern Gold Coast as Queenslanders go to the polls.

With pre-poll voting starting on Monday morning, Premier Annastacia Palaszczuk is on the offensive the state’s southeast.

Fresh from her pledge-packed Labor party election launch on Sunday, an emboldened has promised another $160 million for a new hospital and health precinct on the Gold Coast, where all but one seat is held by the opposition Liberal National Party.

The massive healthcare project is planned for Coomera, where Queensland Health already owns land, in a direct pitch to voters in the LNP-held seats of Broadwater, Southport, Bonney, Coomera and Theodore.

“It is ideally situated in the Coomera region and is within walking distance to the Coomera train station,” Palaszczuk told AAP.

“We have set aside $3 million to develop the plan in consultation with the community and stakeholders for the infrastructure and services we need on this site.

“We’ve been able to keep our economy open because of our strong health response and this will mean we can continue to deliver world class health care for this fast-growing part of the Gold Coast well into the future.”

Labor has already pledged a $111.3 million upgrade of the Gold Coast University Hospital including a new 40-bed mental health facility and a new hybrid operating theatre.

Liberal National Party leader Deb Frecklington will get back on the hustings in the regions on Monday after spending the weekend campaigning in the southeast.

Frecklington pitched to regional voters at her own party launch on Sunday in the marginal Labor seat of South Brisbane, where the Greens are mounting a strong campaign to unseat former deputy premier Jackie Trad.

The LNP hope to win over voters outside Brisbane with massive infrastructure promises such as the new Bradfield irrigation to make a vast new agricultural region in northern outback Queensland and widening 1450 kilometres of the Bruce Highway.

Frecklington has also pledged targeted infrastructure for specific regions hit hard by the COVID-19 recession such as a ship lift for Cairns and a tropical aquaculture accelerator for Townsville.