Stories from Ancient China: Humbled by the Great Ocean
0 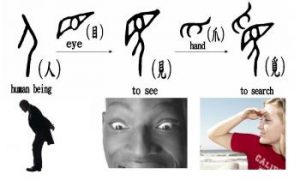 Exploring Chinese Characters, A Preface
0
US

The wool shed is submerged to the roof after the worst floods in Queensland’s history. The property holds about 400 head of cattle, and half of them are missing. The dead bodies of many are lodged in trees.

Aimee's grandmother has never seen the water higher than lapping just past the woolshed's steps and has been anxiously watching the flooding river from the front door of the house.

"We never ever would see the river from the house," Aimee said. "It's so widespread.”

The floods have affected around 200,000 people, inundating 22 towns and cities. More than 1,000 people are in 17 evacuation centers, and police expect this number to reach 4,000 statewide over the next few days, according to the Sydney Morning Herald.

In the north west of the state, a woman was found dead after her car was swept away by the Leichhardt River while attempting to cross a causeway. On the Boyne River, south of Gladstone on the central coast, rescue workers are searching for a fisherman. A third person is missing in Rockhampton, last seen swimming in the Fitzroy River.

In Rockhampton and southern Queensland areas, citizens are preparing for record river levels. The Fitzroy River had reached 8.7 meters early Sunday morning, according to the Bureau of Meteorology, and could rise to 9.4 meters on Wednesday.

Aimee said her family is lucky as their property is on higher ground. In low-lying areas, other families' houses have gone underwater, she said, and they hear helicopters during the day as people are evacuated.

"Chinchilla's just 37 kilometers up the road from us and the whole town went under," she said.

Aimee said the local residents are looking out for each other and safekeeping each other's livestock in dry paddocks. There is strong "community spirit," she said with people telephoning and dropping in to check in on each other.

"Everyone just comes together," Aimee said. "It's just like back in the old days."

People are just praying the dry weather will hold, she said "because it's just so waterlogged everywhere now it wouldn't take much rain for it to come right up again."

If it does, the next task will be to find out how many cows survived the flood.

"She's very, very worried about her cattle," Aimee said of her grandmother. "We haven't been able to get down to those really boggy wet areas yet to see how many cattle are left."