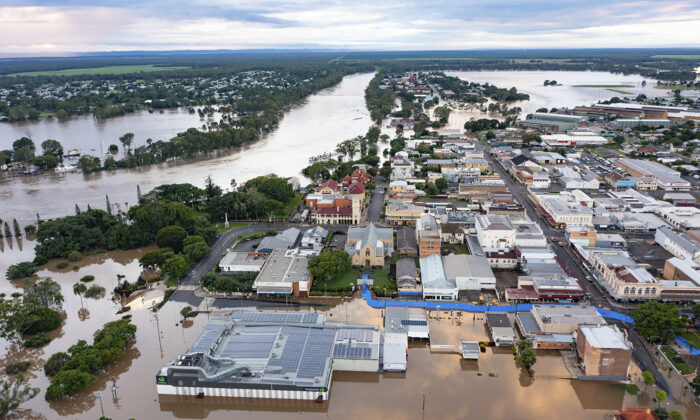 Queensland Floods Caused an Estimated $7.7 Billion Worth of Damage: Report

This year’s devastating floods in South East Queensland will cost the state an estimated $7.7 billion (US$5.3 billion), according to an independent Deloitte Report recently released.

The report looked into the financial, economic and social costs of the severe rainfall and flooding events that occurred between late February and early April and impacted 23 local government areas (LGAs), including Brisbane and the Gold Coast.

Deputy Premier and minister responsible for the Queensland Reconstruction Authority, Steven Miles, said: “The key findings of this report highlight the sheer extent of the damage caused by these floods.”

“Deloitte has taken a broad range of factors into consideration including human and social impacts; damage to residential, commercial and public infrastructure, as well as industry disruption; emergency response and clean-up and environmental factors.”

Summarising the report, Miles said approximately 500,000 people were impacted by the floods in some way, bringing an estimated human and social cost of $4.5 billion, while the cost to homes and commercial businesses is estimated to be $2 billion, with around 18,000 premises affected.

Queensland small businesses were hit hard, with a damage bill of approximately $324 million from 4,500 affected, many of whose businesses were closed for a period of time, the report states.

“You only need to look at the price of lettuce in our supermarkets to understand the impact this far-reaching, long-lasting event had on our farmers, with many of them either losing their crops or losing the capacity to manage their crops,” Miles said.

A Look at Recovery Efforts So Far

Close to 40 percent of the homes and commercial buildings impacted by the 2022 flood events are no longer showing signs of damage, while repairs have begun on around one-third of the remaining damaged properties, according to a Queensland government monitoring assessment.

The assessment, conducted over a four-week period in June/July, checked up on almost 8,600 flood-affected homes and businesses across 19 LGAs in the state.

Miles said on Wednesday the assessment was a follow-up to an initial assessment carried out by the Queensland Fire and Emergency Service and Queensland Reconstruction Authority soon after the flooding.

“Through the Resilient Homes Fund, eligible Queenslanders will receive funding to repair and retrofit their house, raise their house, or in some circumstances have their property purchased under a voluntary buy-back program,” he said.

“As of 26 July, there have been more than 4,200 registrations of interest in the program. This includes 437 people registering their interest in the voluntary buy-back scheme, 1,252 in the house-raising and 1,491 in the retrofit, with 664 people unsure which option is best suited to their individual needs.”

Further damage assessments of impacted properties will be undertaken six, nine and 12 months after the flood event.