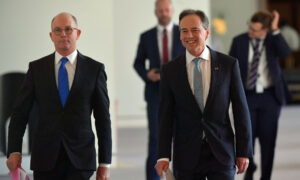 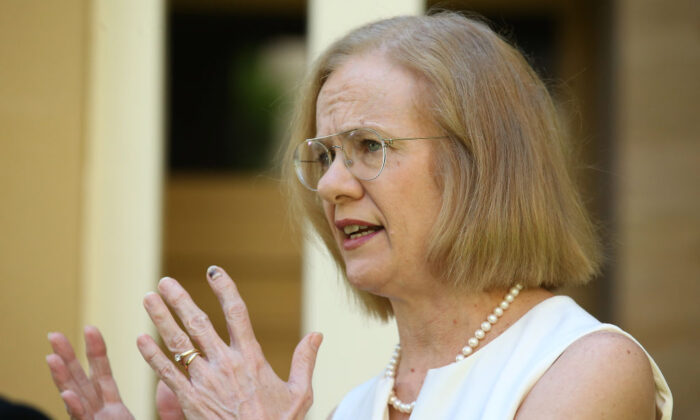 A woman and her father did not breach hotel quarantine in Brisbane authorities have confirmed, despite a report by The Courier Mail suggesting they may have taken a taxi or rideshare to the hospital.

The Queensland government on Friday squashed the report (which has been updated) confirming that all protocols were followed when the woman and her father were transported in an ambulance, wearing full PPE.

“The suggestion the person caught a ride-share back to the hotel is untrue. Full and proper COVID-19 PPE protocols were followed while these guests were in the hospital,” a Queensland Health statement read.

After returning from Lebanon on New Year’s Day, the father and daughter had been quarantining at the Hotel Grand Chancellor.

Queensland has been on high alert following a confirmed case of the highly transmissible UK strain of the CCP (Chinese Communist Party) virus, which causes the disease COVID-19.

“We have over 3000 people in hotel quarantine, and a number of them are frail and do have other health conditions,” Queensland Chief Health Officer Jeannette Young told reporters on Friday. “So it’s not unexpected that people leave the hotels to access health care. That’s been going on for a long time, of course, it has.”

People in hotel quarantine who need to access health care are always required to leave in an ambulance and wear PPE. They are treated as if they are positive, and when they arrive at hospitals, are “managed in negative pressure rooms,” Young said.

The man, who doesn’t speak English well, was accompanied by his daughter to assist with communication.

Meanwhile, the state reported three new cases—two acquired overseas and are in hotel quarantine, and one is a historical case in Cairns in the far north of the state.

A man in his 40s returned from the Congo in September last year and initially tested negative. However, recent testing as a requirement by his employers revealed that he was positive but asymptomatic.

“We know you can shed for up to 9 months after you’re positive,” Young said, adding that this might explain why the virus was being detected in sewage in North Cairns—where the man lives. Further tests will be done to confirm.

Queensland police are continuing their investigations into what occurred at the Hotel Grand Chancellor. The police commissioner asked for patience, saying, “It’s a lengthy process, and we will make sure obviously that we will interrogate every aspect of what has occurred in that hotel.”

Premier Annastacia Palaszczuk said that she would take her proposal to utilise some Queensland mining camps as quarantine facilities to National Cabinet next Friday. New South Wales has already knocked down the idea.

Queensland Opposition Leader David Crisafulli warned that setting up quarantine facilities in the outback was merely shifting a problem rather than dealing with issues with the system.

He said instead the investigation needs to find how the outbreak occurred in a Brisbane hotel so the system can be fixed.

“It doesn’t matter if people are being held in a hotel room in Brisbane or a mining camp in Moranbah, it’s the same problem,” Mr Crisafulli said. “The system must be watertight. Right now it isn’t working, and that worries me.”