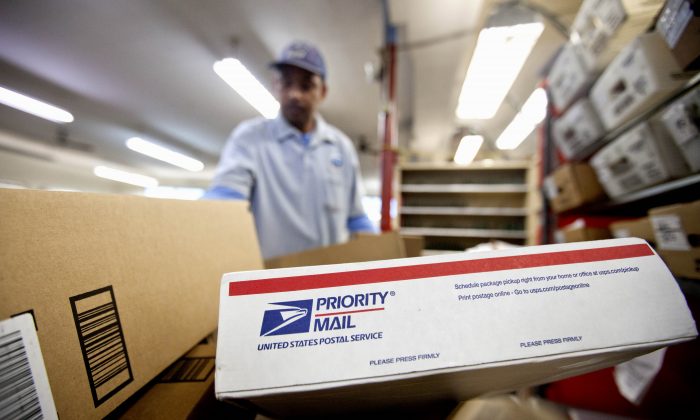 A postman in Queens is accused of throwing away Christmas presents.

According to the New York Post, 25-year-old Daniel Darby was apparently “overwhelmed” by the sheer number of packages and other pieces of mail he had to deliver during the holiday season.

Darby, who is from Ozone Park, bought three white garbage bags on the first day of his new route, Dec. 2, according to court documents.

Daniel Darby was accused of throwing away Christmas gifts in NYC https://t.co/QXgtQ6fP7K pic.twitter.com/BfvBhmruZj

He then allegedly placed holiday mail in the bags and dumped them into a residential garbage can, where they were found two days later.

He also is alleged to have admitted to “ripping open” some of the mail “to see what it contained,” the complaint reads.

The Daily News said that Darby “folded like a cheap envelope under questioning and admitted” that he was “overwhelmed by the quantity” of the mail.

Darby was charged Tuesday for unlawfully delaying and destroying mail.

Meanwhile, a Brooklyn mail carrier is accused of stealing about 50 gift cards from envelopes and then spending it on $1,000 worth of items in the past year, the Post reported.

James Hayden was caught on CCTV security cameras using a stolen $100 Visa voucher while still in uniform, the Post said. He also admitted to tearing open pieces of mail “that he believed to have gift cards enclosed,” the Post reported. He then tossed the accompanying greeting cards into the trash.

A Florida woman said her son in Red Hook, Brooklyn, didn’t get a gift card for his birthday, and authorities traced it back to Hayden.

He is accused of using a stolen Amazon gift card around a month later to have items delivered to his home in Brooklyn.

Authorities found his wallet filled with the stolen gift cards before arresting him on Dec. 21, the court papers said.

Both postal workers could face as many as five years in prison along with a $250,000 fine.

The men and their lawyers declined to comment on the charges.